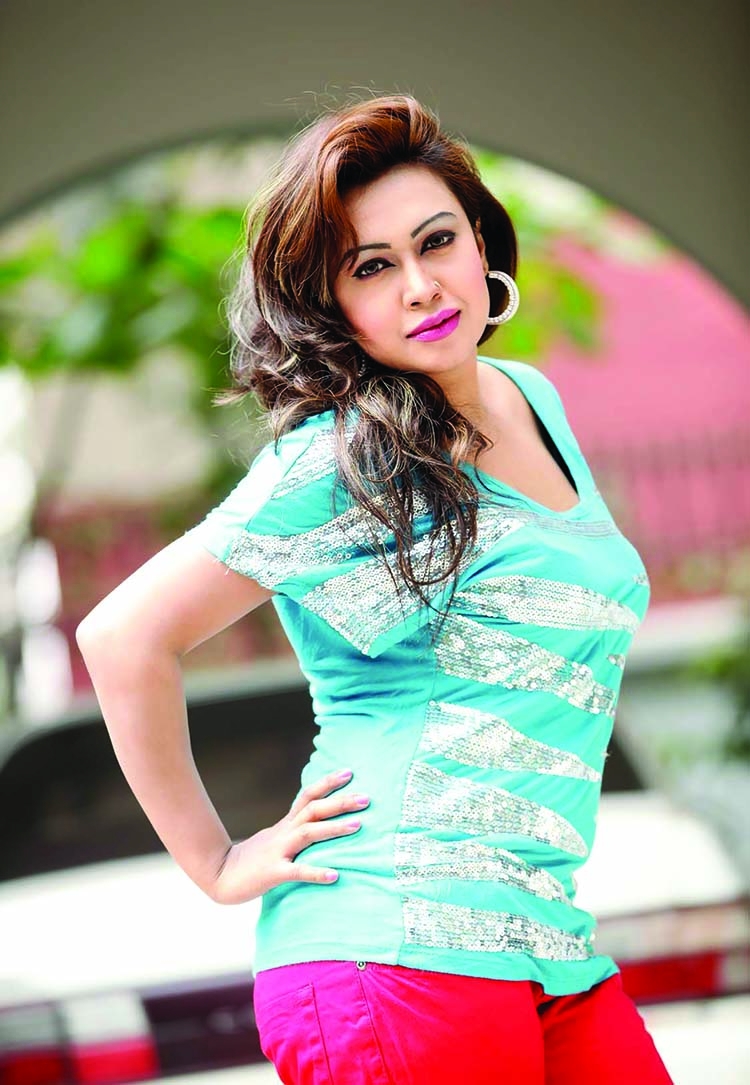 Taking part in shooting for last one month in a row popular film actress Bipasha Kabir has finished works of a full-length movie, 'Soulmate' and a short film, 'The New Normal'. Bappi Khan gave direction of the full-length movie, while Sohel Rana Boyati made the short film.
In full-length movie 'Soulmate', Bipasha played the role of Maha. While talking about acting in the movie Bipasha told this correspondent, "Story of this movie was contemporary and I liked it. Bappi Khan earlier made TV dramas.
This time he has made a movie for the first time. So, he had cordialness while making this movie. Overall, full unit worked cordially as everybody was out of works for many days. So, after returning work they had a lot of excitement and sincerity. We finished the work of the movie taking part in shooting of 16 days in a row as there was full support from the unit. So, it has become a nice work. I am very much optimistic about 'Soulmate'."
While talking about acting in the short film Bipasha Kabir said, "Basically story of the short film is a tale of a couple during Corona time, which yet not telecasted. I am also optimistic about it." Sanju John acted against Bipasha Kabir in these two films. Shabana and Shabnur are Bipasha's favorite film actresses. During childhood, Shabnur's crying on the screen inspired her to work in the movie. A noted producer also appreciated Bipasha's crying on the screen.