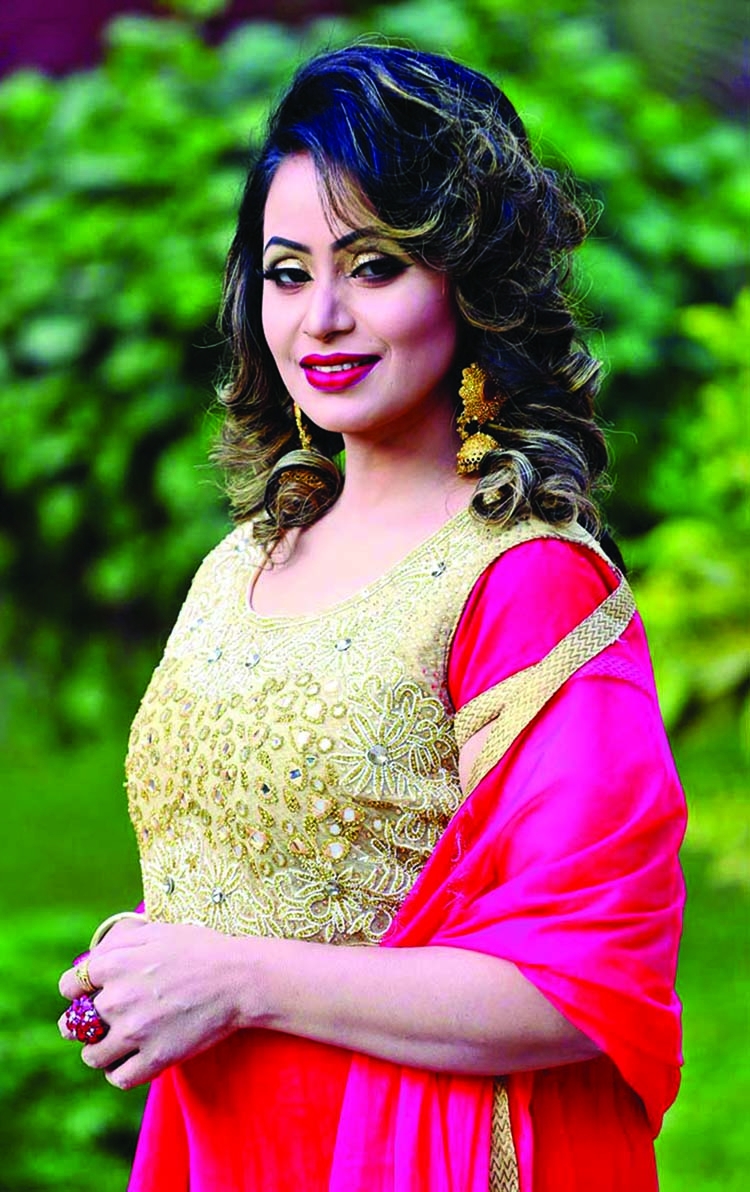 Internationally renowned singer RunaLaila was the inspiration of music to popular stage show performer singer KaziShoma. Though she has been performing for many days did not have own original song. During Corona pandemic, Shoma present her new song through arranging a press conference yesterday. 'BabuaBabua' is her debut solo original song.
AnikSahan has composed the song, which will be released today on YouTube channel of Soundtek. Music video of the song was done at Floor No 1 of BFDC last month. Talented dance director Habib Rahman made the music video.
While talking about releasing her first original song KaziShoma said, "I am grateful to Allah as I could successfully complete my first original song. I have huge respect to RunaLaila Madam who is my inspiration in music. For her, I have become singer today.
Basically I perform on the stage. For this reason, most of the time I render dance related songs while stage performance. I believe music-lovers will enjoy lyric and tune of my new song. I am grateful to Soundtek's Babul Bhai and lyricist Ahmed RizviBhai. The song 'BabuaBabua' will inspire me to continue music in my career."
After lockdown, Shoma yet not start stage show. "Somebody started stage show a little bit but I want to take more time because Corona pandemic yet not became normal. So, to keep safe my family and myself, I will start to perform in stage show later," KaziShoma also said.