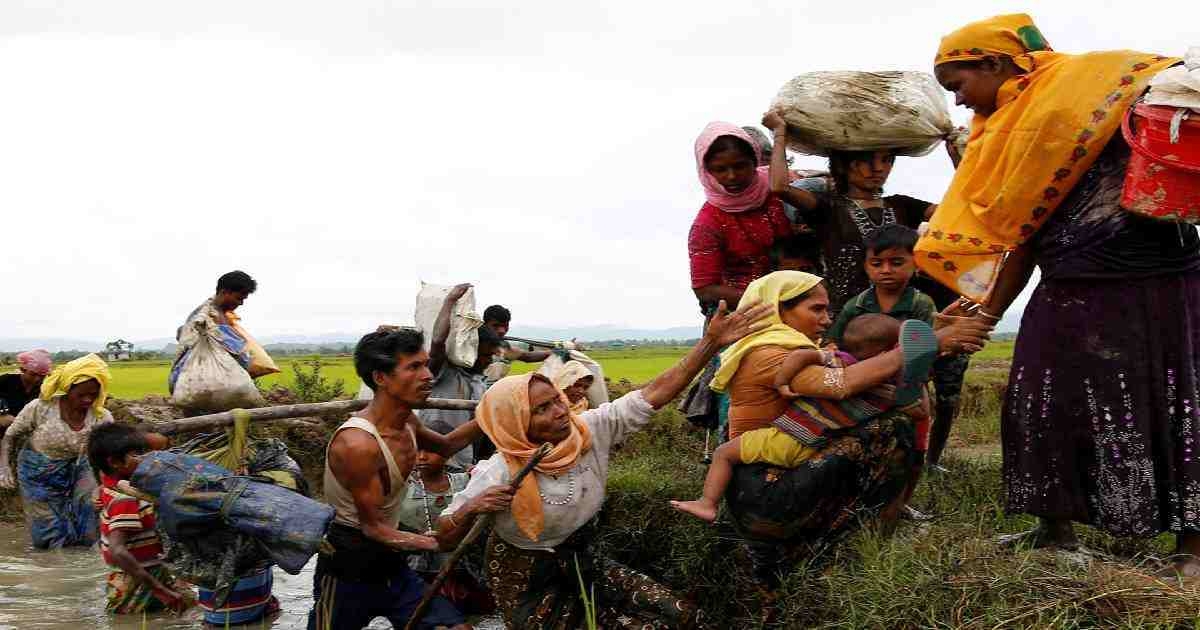 Bangladesh, Myanmar and China are planning to hold Foreign Minister-level tripartite talks after Myanmar's national election in November to begin the repatriation of Rohingyas without any delay.
Chinese Foreign Minister Wang Yi has conveyed Bangladesh that Myanmar recently assured them (China) of taking back Rohingyas temporarily taking shelter in Bangladesh.
The Chinese Foreign Minister had a telephonic conversation with his Bangladesh counterpart Dr AK Abdul Momen on Thursday evening and conveyed Myanmar's position to Bangladesh, according to the Ministry of Foreign Affairs.
Before the Foreign Minister-level tripartite talks, senior officials can hold a preparatory meeting on Rohingya repatriation in Dhaka, said the Chinese Foreign Minister.
The decisions of the senior officials meeting will be placed at the Foreign Minister-level meeting likely to be held in Beijing.
The first such meeting was held in New York, said the Foreign Minister.
Wang Yi said China has been maintaining regular communication with Myanmar over the Rohingya repatriation issue.
Myanmar assured China of working towards Rohingya repatriation once the Covid-19 situation improves, he said.
The Chinese Foreign Minister also said Myanmar assured China that they will soon start discussion with Bangladesh over Rohingya repatriation.
The United States said China has done "very little" to help resolve the Rohingya issue.
"We hope that we see the same level of generosity and the same level of clarity in messages to the government of Myanmar from other partners or other nations in the Indo-Pacific, particularly China, who unfortunately has done very little to help resolve the Rohingya issue and for whom much more should be expected, considering the proximity," said US Deputy Secretary  of State Stephen E BBiegun in a telephonic briefing from Washington recently.
Earlier, Bangladesh made it clear that it wants Myanmar leader Aung San Suu Kyi to be present at a tripartite meeting to discuss Rohingya repatriation issues.
"It won't be done without her presence. She should be there," Dr Momen told reporters at his office recently.
Though Suu Kyi, the State Counsellor of Myanmar, was awarded the Nobel Peace Prize, and she has been widely criticised for doing nothing to stop rape, murder and genocide in Rakhine by refusing to condemn the powerful military or acknowledge accounts of atrocities.
The Foreign Minister said the number one objective of Bangladesh is to see the repatriation of Rohingyas to their place of origin in Rakhine State.
Dr Momen said the Chinese Ambassador informed him that they will work out the plan for the next meeting and will talk to Beijing.
The Foreign Minister said India is also agreed on sustainable repatriation of Rohingyas to Myanmar.
During his recent meeting with Dr Momen, Chinese Ambassador Li Jiming expressed concern due to the delay in repatriation of Rohingyas to their place of origin in Rakhine State.
Dr Momen sought Chinese government's support for the quick and sustainable return of Rohingyas to Myanmar.
There are allegations that Rohingyas got engaged in drug smuggling.
Dr Momen said there are an increased number of incidents in the Rohingya camps amid the absence of barbed wire around the camps.
Eight people, both from Rohingya and host communities, were killed in a series of clashes in Cox's Bazar Rohingya camps recently.
The Foreign Minister recently said Rohingyas will "jeopardise regional and international security" if the 1.1 million Rohingya people are left unattended and not given the opportunity to return to their homeland.
Repatriation attempts failed twice in November 2018 and August 2019 amid Rohingyas' "lack of trust" in the Myanmar government.
Bangladesh and Myanmar signed a repatriation deal on November 23, 2017.
On January 16, 2018, Bangladesh and Myanmar signed a document on “Physical Arrangement”, which was supposed to facilitate the return of Rohingyas to their homeland.
Covid-19 Cooperation
The Chinese Foreign Minister assured his Bangladesh counterpart that Bangladesh will get priority once any vaccine is ready for use.
Yi said Bangladesh and China will continue to work together in the post-Covid-19 era far faster economic recovery.
He highly appreciated Prime Minister Sheikh Hasina's leadership and success in dealing with coronavirus in the country.
The Chinese Foreign Minister assured Bangladesh of continued support from China on Covid-19 front.
He said the projects in Bangladesh with Chinese support will be completed in an expeditious way once coronavirus situation improves.
Security of Chinese Citizens
Foreign Minister Dr Momen said the trial of Chinese citizen killing will be completed speedily.
He said two accused of the case have already been arrested.
Dr Momen also highlighted steps taken by the government of Bangladesh to ensure safety and security of Chinese citizens in Bangladesh.
He requested the Chinese Foreign Minister to take steps so that Bangladeshi students and researchers can renew their expired Chinese visas smoothly.
The Chinese Foreign Minister said the Chinese government is yet to take any decision regarding the entry of Bangladeshi students into China.
He assured Dr Momen that Bangladesh will get priority once entry permission is given to foreign students.
Dr Momen thanked the Chinese government for translating the book "Amar Dekha Naya Chin (China)" into Chinese language which was written by Father of the Nation Bangabandhu Sheikh Mujibur Rahman.