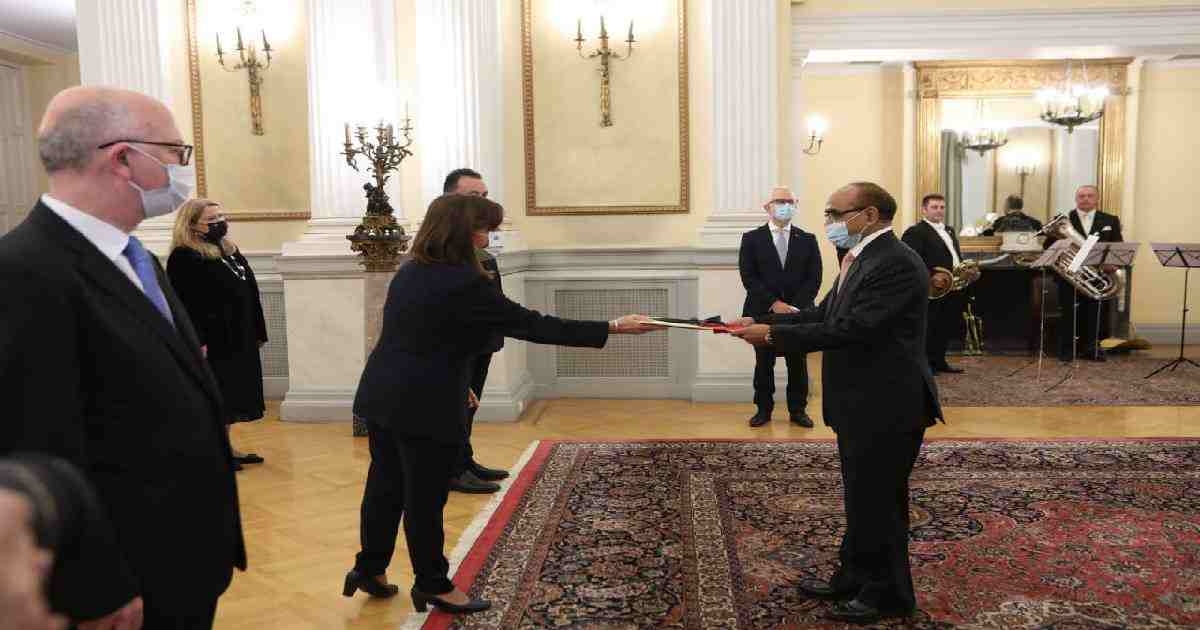 Bangladesh has sought Greek support for the early repatriation of Rohingyas continuously being persecuted in their homeland in western Rakhine province of Myanmar.
Bangladesh Ambassador to Greece Ashud Ahmed discussed the issue while presenting his credentials to President Katerina Sakellaropoulou at a ceremony at the Greek Presidency in Athens recently, said the Embassy on Sunday.
The Ambassador briefed the President about the burden Bangladesh has been bearing for the last four years by giving shelter to over 1.1 million forcefully displaced Myanmar people on humanitarian ground.
During the meeting held between the President and the Ambassador following the presentation of the credentials, the President congratulated and felicitated the Ambassador for taking over the important assignment.
Thanking the President for receiving him and giving her audience, the Ambassador conveyed to the President the greetings and regards of Bangladesh President Abdul Hamid and Prime Minister Sheikh Hasina.
Mentioning about the existing excellent bilateral relations between Bangladesh and Greece, the Ambassador expressed his commitment to contribute towards further strengthening the bilateral relations through identifying new areas of mutual cooperation for the benefit of the two friendly countries.
He mentioned that Greece was one of the first countries that recognised Bangladesh after its independence in 1971.
Speaking on Bangladesh, especially the enviable growth rate and continuous upward trajectory of its economy under the government of the dynamic leadership of Prime Minister Sheikh Hasina, the Ambassador informed the Greek President of the different prospective sectors including ship building, tourism, recycling and energy for consideration of the Greek investors and business community mentioning about various facilities and incentives being offered by the incumbent business friendly government.
The Ambassador suggested the President that a business delegation can accompany the Foreign Minister during his reciprocal bilateral visit to Bangladesh at a mutually convenient time so that the two business communities can see for themselves the potential areas for investment and business development.
He informed the President of the successful ever bilateral visit of Bangladesh Foreign Minister to Greece last year that saw a huge dynamism for tapping potential areas of investment and doing business by the two business people.
In response to the issues raised by the Ambassador, the Greek President hoped that the bilateral relations would be further strengthened during his tenure and expressed her happiness over the existing business and investment potentials in Bangladesh for exploring by the two business communities.
The President conveyed her regards for the President and the Prime Minister of Bangladesh wishing them good health and peace and prosperity of the country.