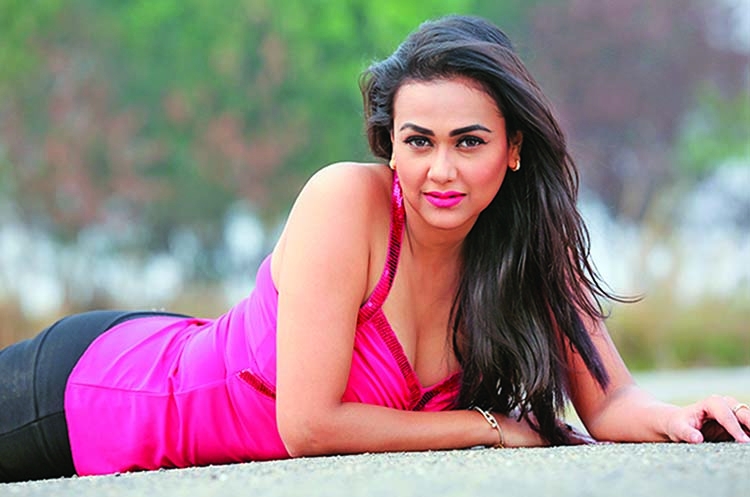 Actress Airin is back to work after taking a break due to corona while working on a new advertisement. However, she did not return to work through working in any movie. Airin became a regular at work, working on a new ad. She has worked as a model under the direction of RajibRasul in the advertisement of 'Senior Care Senior Citizen Hospital' located in Baridhara of the capital. Last week she took part in the shooting of the ad and last Friday she gave her voice in the dubbing of the ad. Airin said the ad was created for online promotion only.
Airin said, "I have worked as a model in various product advertisements before. However, this is the first time I have worked as a model in a hospital advertisement. It is a great pleasure for me that this hospital will give priority to the senior citizens of the country. This is probably the first such hospital in the country. With that in mind, I myself became involved with a history. That is why I am so grateful to those who have been involved in this work. Working as a model in this, I feel like I have done a responsible job. I like it very much."
Airin said the hospital has already started its activities. It is known that the advertisement will be released soon. Meanwhile, a few years ago, she acted in a film by SaifChandan called 'Target'. But perhaps this movie will never see the light of release.
However, Airin starrer AranyaPalash directed 'Gontobbo', Bulbul Jilani directed 'Roudrochaya' and Raja Dipto Banerjee directed 'Shivaratri' will soon be released. The latest released movie starring Airin is 'PadmarPrem' directed by Harunuzzaman. She used to act in TV dramas but now she does not act in TV dramas. She has been acting in movies regularly since she started her journey as a heroine in movies.