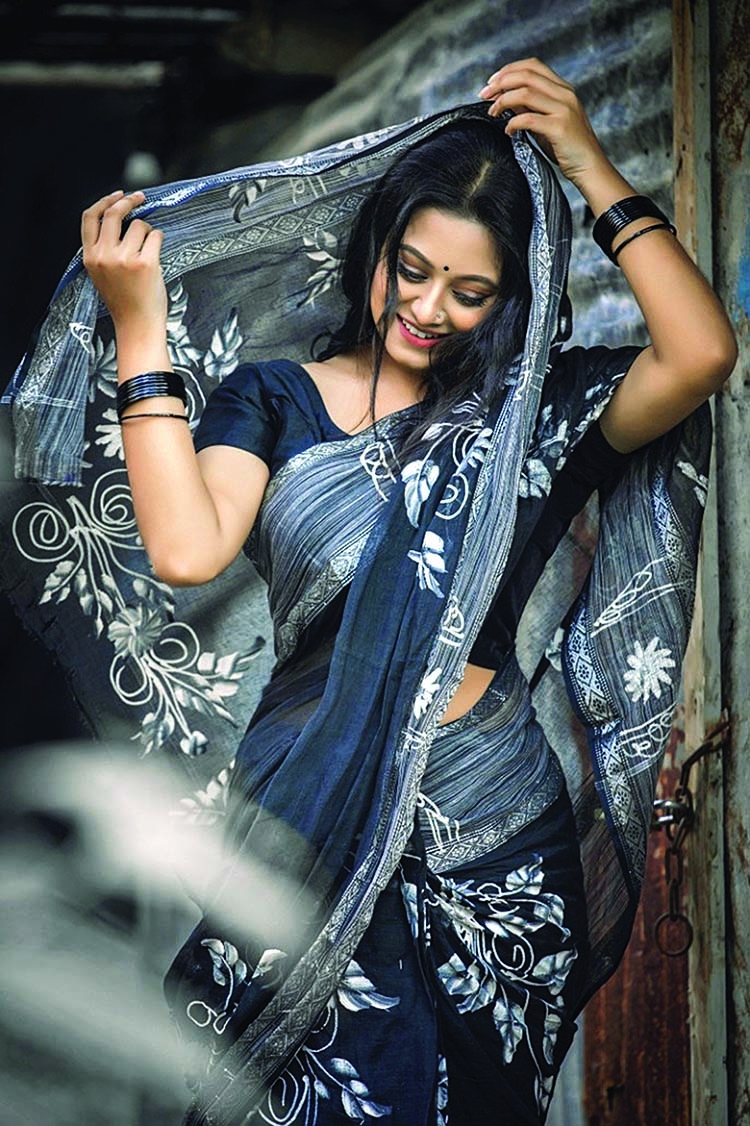 Prarthana Fardin Dighi grew up in a cultural family. Her mother Ifte Ara Dalia Doyel and father Subrata were successful silver screen actors. It was assumed that Dighi would follow the same career path- as both of her parents were actors and she received much acclaims as a child actor.
Dighi's career began with a Grameenphone TVC which became viral for her dialogues, 'Baba jano amader ekta moyna pakhi achchhe na...' As a child actor Dighi acted in more than 30 films including 'Chachchu,' 'Kabuliwala' and 'Ek Takar Bou.' She received national film awards as "Best Child Artist" for these three films. This young actor is now all set to appear on silver screen - as leading lady and has signed up for five feature length films, produced by Shapla Media.
Dighi finished shoots for one of her upcoming films, titled 'Tungipara'r Miya Bhai,' directed by Shamim Ahmed. In the film, the emerging actor will be seen as Bangabandhu's wife, Sheikh Fazilatunnesa Mujib. The film is based on young Bangabandhu Sheikh Mujibur Rahman. New-comer Shanto Khan will act alongside Dighi.