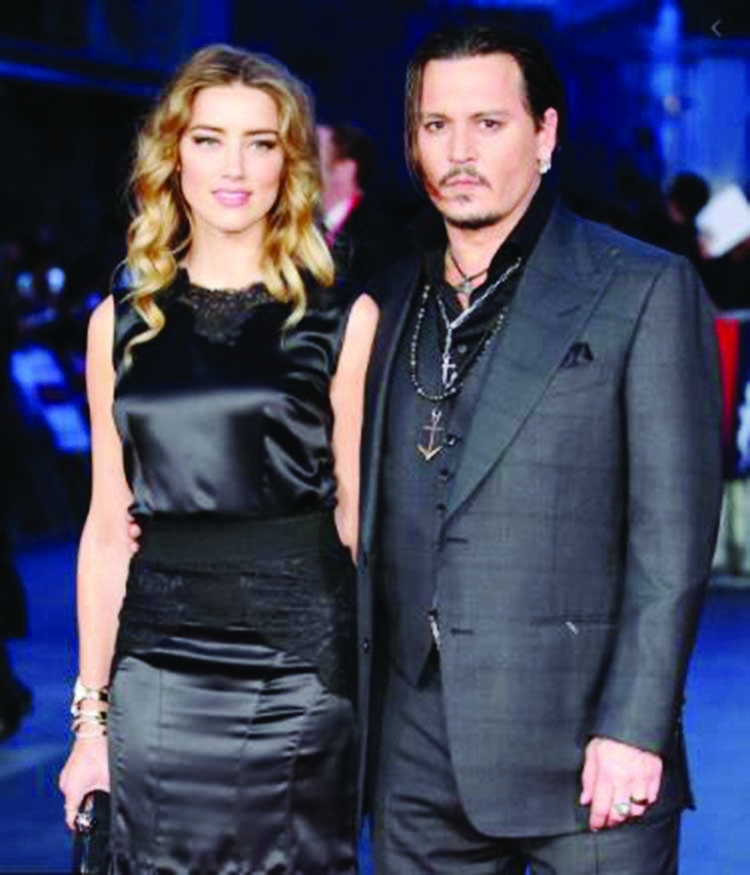 Hollywood star Johnny Depp on Monday lost his libel battle with a British tabloid that labelled him a 'wife beater,' after a London High Court judge ruled he had repeatedly assaulted his former partner and put her in fear for her life. In a ruling that could severely damage Depp's reputation and career, Judge Andrew Nicol said he accepted claims from the actor's ex-wife, actress Amber Heard, that he had violently assaulted her during their tempestuous five-year relationship.   "I have found that the great majority of alleged assaults of Ms Heard by Mr Depp have been proved to the civil standard," said Nicol. "
The claimant has not succeeded in his action for libel." Depp's lawyers described the ruling as 'perverse as it is bewildering,' and said it would be ridiculous for him not to appeal. Depp, 57, star of films including 'Pirates of the Caribbean' and 'Edward Scissorhands', had sued News Group Newspapers, publishers of the Sun, and one of its journalists, Dan Wootton, over a 2018 article which stated he had been violent towards Heard, 34. The newspaper also questioned his casting in the 'Fantastic Beasts' and 'Where To Find Them' movie franchise.
Nicol ruled that the paper's allegations were 'substantially true.' "It follows that this claim is dismissed," he said. Over the course of three weeks at London's High Court in July, the judge heard evidence from both Depp and Heard about their fiery marriage, alleged affairs, his hedonistic lifestyle and battle with drink and drugs, and their furious rows.