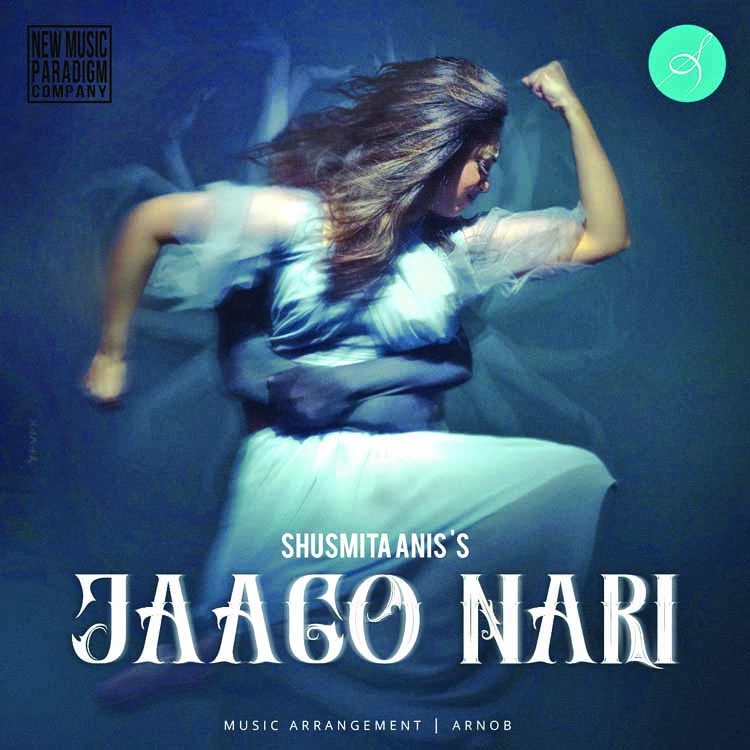 After striking a chord with the audience in Bangladesh and Bengal with his brand of music, fusion renditions of Rabindra sangeet, popular singer-composer Arnob is all set to give a new dimension to Nazrul geeti for the first time in his career, reports UNB.
Arnob's premastered version of the famous song Jaago Nari, written by rebel poet Kazi Nazrul Islam, will be released on Thursday on the official YouTube channel of Shushmita Anis, the niece of legendary singer Firoza Bagum, the artiste announced on Wednesday.
"Jaago Nari is a protest against injustice meted out to women around. Nazrul's song inspires us to fight against injustice. This song is a portrayal of women's power to resist evil," said Shushmita Anis.
The music video features Ridy Sheikh, popular Bangladeshi dancer, model, actress and choreographer. She gained immense popularity over the years both at home and abroad, and has been exploring different dance styles, including hip-hop, jazz-funk, Indian folk dances, semi-classical fusions based on Bharatnatyam, Kathak, etc.
Ridy participated in her first reality show in 2012, in the Ukrainian version of 'So You Think You Can Dance'. After taking a break for two years due to a knee injury, she participated in the Russian version of 'So You Think You Can Dance', in 2014 and reached the Top 50 in the contest. Ridy also appeared on the popular Indian reality show 'Dance Plus' in 2017.
In Bangladesh, Ridy gained widespread popularity after becoming the champion of Mangolee-Channel i Shera Nachiye's third season in 2016. Singer Shushmita was trained by her aunt Feroza from the age of five in Nazrul geeti and modern Bengali songs tuned by her uncle, the legendary music director Kamal Das Gupta. As a TV child artiste, she won the first prize in its annual national competition on performing arts 'Notun Kuri' in 1976.