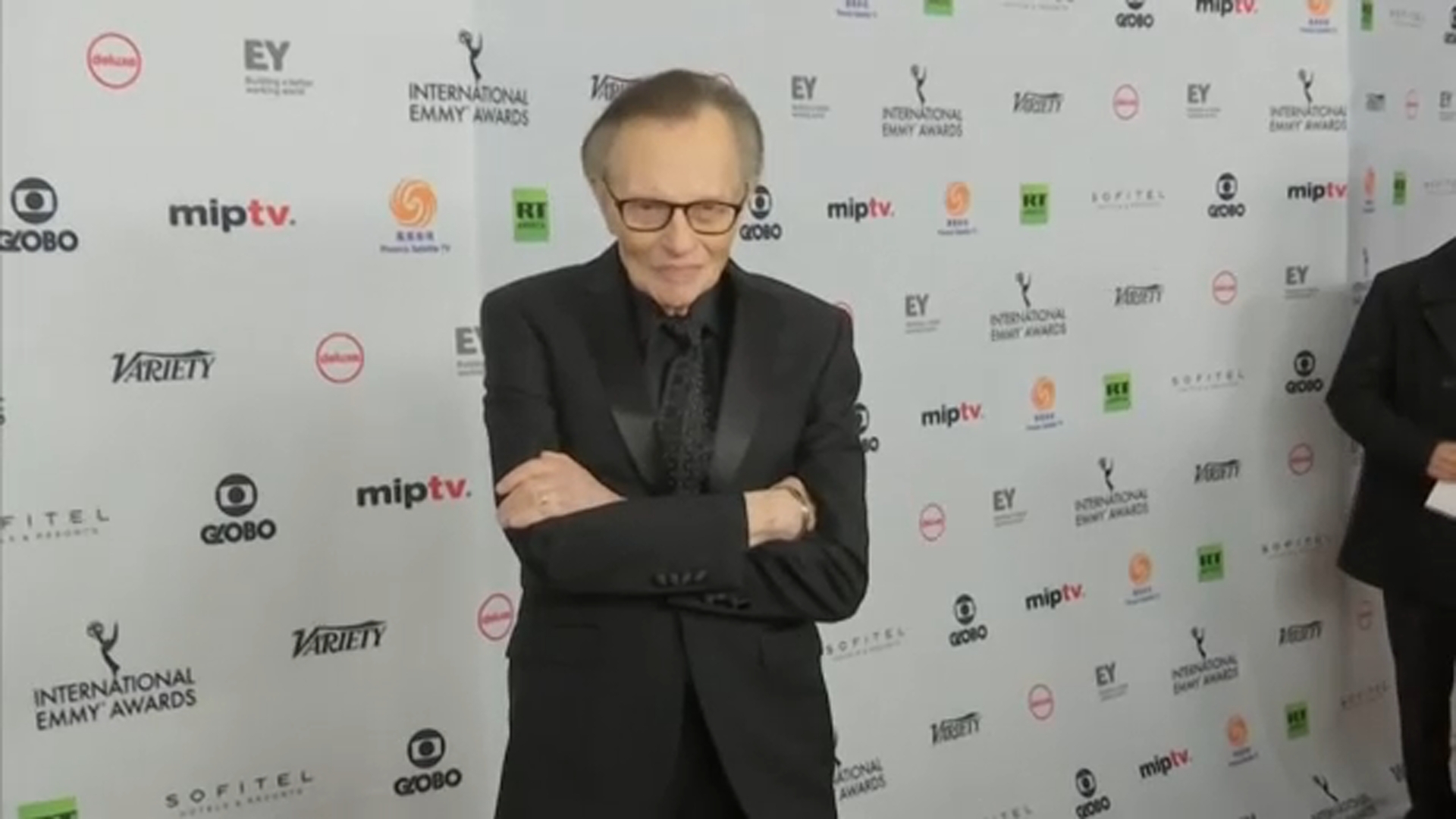 Veteran broadcaster Larry King has tested positive for coronavirus and is being treated at a hospital in Los Angeles, according to US media.
Sources close to his family told ABC News and his former employer CNN that he has been at Cedars-Sinai Medical Centre for over a week.
In a career spanning over 60 years, King has multiple accolades, including two Peabody Awards and an Emmy.
He has faced several health problems in recent years, including heart attacks.
Representatives for King, 87, have not publicly commented on his hospitalization, and details of his current condition are unclear.
"Larry has fought so many health issues in the last few years and he is fighting this one hard too, he's a champ," a source told CNN.
News of his hospital treatment was first reported on 1 January by entertainment outlet Showbiz 411, which noted that he was being treated in isolation and was unable to receive family visits.
King rose to fame in the 1970s with his radio program The Larry King Show, on the commercial network Mutual Broadcasting System.
He was then the host of Larry King Live on CNN, between 1985 and 2010, holding interviews with a host of guests, including politicians, athletes, entertainment figures, and conspiracy theorists.
He also wrote a column for the USA Today newspaper for over 20 years.
Most recently, King hosted another program, Larry King Now, on Hulu and RT, Russia's state broadcaster.
During his career, the interviewer has faced multiple problems with his health, including diabetes, angina, heart attacks and lung cancer.
Two of his five children also died last year within weeks of each other - one from a heart attack, another from lung cancer.
In 1988 he founded the Larry King Cardiac Foundation, a charity which helps to fund heart treatment for those with limited financial means or no medical insurance.