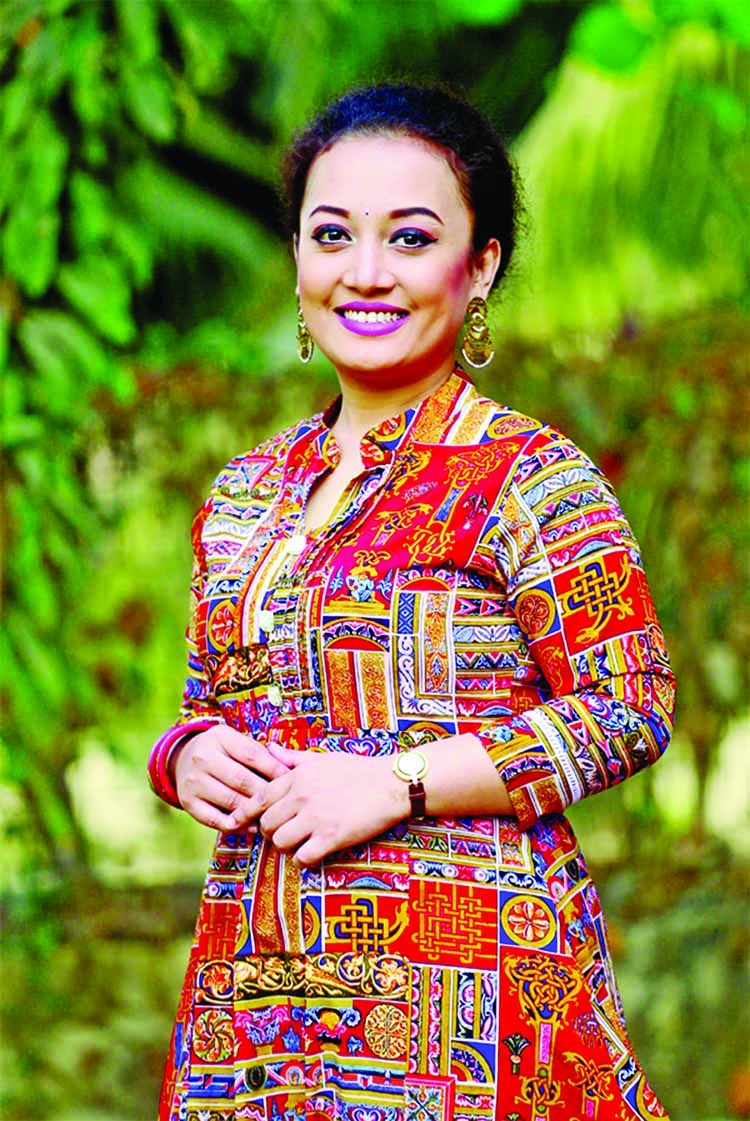 Nishita Barua is such a singer whose voice always proves her exceptionality. In case of rendering and releasing songs, she proved her taste. For this reason, music-lovers have keen interest on Nishita released every song. For the first time, her original song titled "Hiya" crossed 1 crore views in the evening of January 2. Lyrics and tunes of the song were composed by London expatriate composer Jahangir Rana. After releasing the Nishita's song on Jahangir Rana's own channel, Poran-er Gaan, on June 26, 2017 on the occasion of Eid, it came into discussion among the music-lovers.
Shan has arranged music of the song. Nishita is delighted because her original song crossed 1 crore views.While talking in this regard she shared her feelings, "To establish own song, a singer does many things. I believe God bless me I didn't do many things. In fact, I did not get the offer to lend my voice for the song Hiya at first, which everybody knows.
I think I got the song to love music. After hearing the song, I agreed to lend my voice for the song without any hesitation. Till now I lent my voice for those songs which I thought sophisticated to me. Rest is my fate. I do not want to be more delighted because there is a long way of music. I want to continue practicing music with devotion and everybody's loves."
Lyricist of the song Jahangir Rana said, "Hiya is a folk-based melodious song rendered by Nishita. After releasing the song, it quickly spread among all through YouTube and Facebook. Already the song crossed milestone of 1 crore views. In case of original song, it is really a delightful matter for a singer like Nishita."