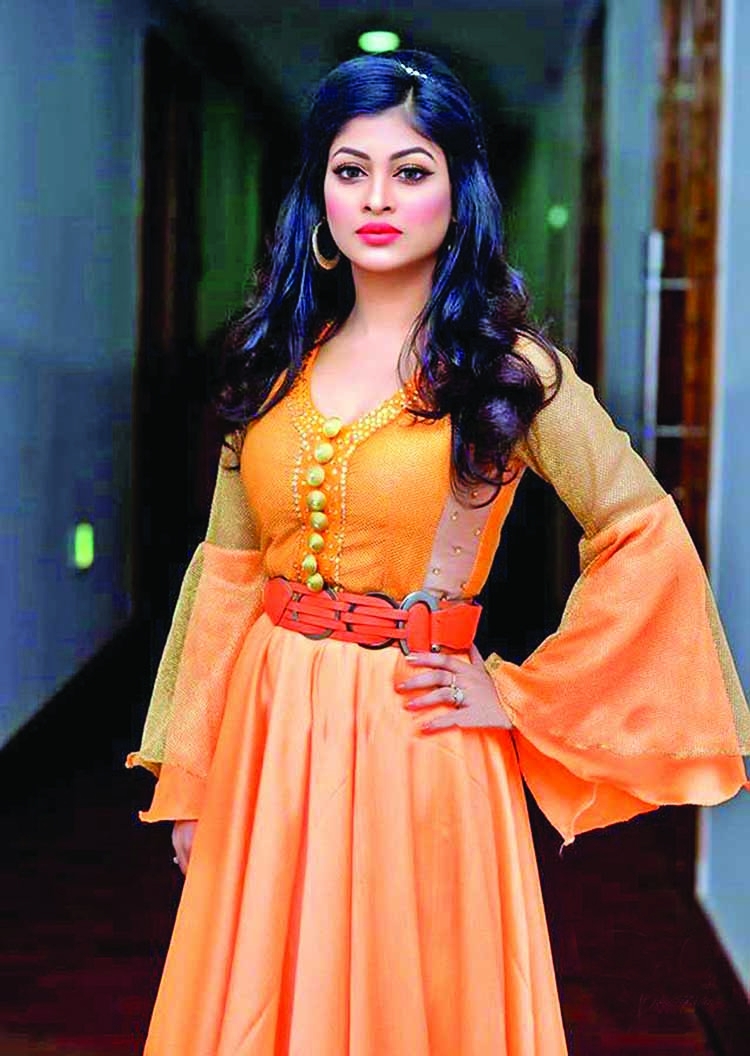 Popular model actress Sarika was not active in the media for a while. However, after rectifying her mistakes she has been busy with acting since the end of last year. She came to Dhaka at the end of last year after completing five plays in Cox's Bazar. After coming to Dhaka, this model actress has become busy in work again in the New Year.In the last two days, she has completed the work of the play 'Keu Kotha Rakheni' directed by Sakal Ahmed. Manoj Pramanik and Mim Chowdhury have also acted in it. The story of the play is written by Mehrab Zahid.
Sarika is a newly divorced girl. On the other hand, Manoj will get divorced soon. Once the two meets, a relationship develops between the two. Manoj tells Sarika that he loves Sarika. But Sarika takes time. When Sarika wants to tell Manoj about her love, Manoj again says that his wife has come back to him. But then Sarika wants to go back to Manoj again. Then Manoj informed that his wife had stolen everything and fled. Thus, the story of the play goes on.
Regarding acting in the play, Sarika said, "I have acted in some plays directed by Sakal Bhai before. He made plays with a lot of monetary investments. The same has happened in the case of this drama. I like the story of the play. That's why we all enjoyed the work together. I am very hopeful that the audience will like the play very much. '
Sakal Ahmed said the drama will be aired on a satellite channel on Eid. Meanwhile, Sarika will be busy with the play 'Girlfriend - Sudhu Gift CHay' directed by Debabrata Rony today. In Cox's Bazar, Sarika has completed a seven-episode series directed by Sagar Jahan (opposite Mosharraf Karim), a B-drama (opposite Tahsan), two under Dipu Hazra and one B-drama directed by Shuvo. Sarika also said, she will now be acting regularly from now on.