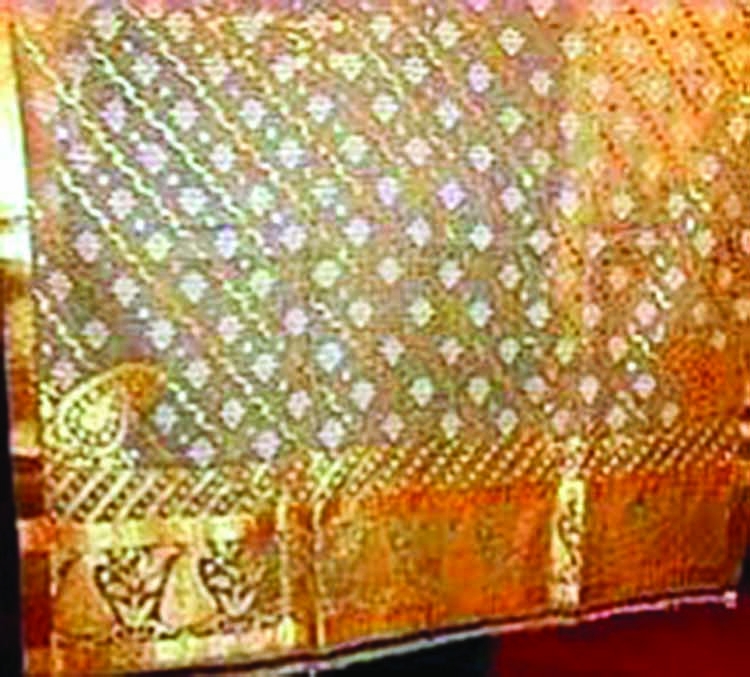 Muslin has been an indispensable part of the socio-economic history of Bengal for ages, particularly the history of Dhaka. It has been so ingrained in the Bengali culture and heritage that it would be difficult to think about the region's history without talking about this fabric. Apparel manufacturers of Dhaka in the 17th and 18th centuries produced muslin and archaeologists have found remains of this cloth in the ruins of the ancient city of Mohenjodaro, which is considered to be the cradle of civilization in this subcontinent.
As much of the South Asian region has a wet climate, people in this zone have never been major producers of cotton. So there is a very long history of importing cotton from other regions. In spite of the inability to grow this essential raw material in a large volume, people have always had a flourishing textile manufacturing industry.
Clothes made in the subcontinent were exported to almost every prosperous nation in the ancient world. Fragments of disintegrated clothes that were crafted in India thousands of years ago have been found in many archaeological sites, some of them in places as far away as Rome.The muslin of Bengal became widely popular during the Mughal period, when weaving intricate pieces of cloth was elevated to the status of a sophisticated form of art. Muslin was primarily woven in Dhaka and shipped to countries around the world through the port of Chittagong.
Moreover, the demand for clothes made from muslin fabric increased during the Mughal rule as the subcontinent enjoyed a long period of peace and prosperity and median incomes throughout the empire increased. More importantly, goods could be transported to faraway places within the realm without any hindrances. Furthermore, craftsmanship was highly encouraged by the rulers during this period which led scores of weavers to produce muslin.
The Mughal ruling elite was a prime benefactor of muslin weaving. Many paintings of the Mughal royalty feature plain white outfits made from the finest muslin, which illustrates the high status attained by this form of fabric. Aside from that, mentions of muslin have been made in the legendary Mughal ruler Akbar's biography, Akbarnama, where it is highly praised. To top it off, the Mughal ruling elite established many workshops in Dhaka and Sonargaon solely for the manufacturing of muslin robes for the royalty.
However, all of that glory was in the past. People always tend to look towards the future and the future of the muslin industry looks grim. Muslin weaving has lost its previously enjoyed prestige and is now an endangered tradition. Much cheaper types of fabrics mass-produced in factories have made muslin an expensive luxury item in comparison. So when it comes to economic factors, muslin has been knocked out of the ballpark by its modern competitors. Moreover, the process of muslin weaving is very time-consuming, which makes it unpopular with manufacturers and less profitable compared with readymade apparels.
Price is not the only major factor that determines a product's demand. High-end brands that cater to the upper echelon of society are prevalent throughout the modern world. Their greatest tool for ensuring that large groups of people purchase their products would be effective and efficient advertising, which taps into the inner temptations of human beings. Furthermore, the standardization of quality and design of their products give them an edge that their unregulated competitors do not enjoy. In many cases, the high price tags attached to the products imply that they are luxury ones.
The production process of muslin needs to be completely revamped for it to be able to keep up with the ever-changing world. Additionally, modern machinery and techniques need to be included in the manufacturing process for fine cloth to be mass-produced at a swift pace so that it can be made affordable for people in general.
Lastly, marketing companies have to take it on themselves to promote attires made from muslin so that there is widespread public interest in purchasing such products. Muslin is a high value-addition product that lacks proper branding and it is up to the new generation of entrepreneurs to flip the situation in its favour.
It would be unfair to say that muslin weaving has become a long-lost tradition as there has been a rekindling of interest in muslin-based products among Bangladeshi youths. The government has taken the initiative to carry out research on various strains of cotton suitable for muslin and laboratories around the world have been put to work with the goal of producing genetically enhanced types of cotton specifically for muslin.
Such improved cotton species are much more efficient to grow and have a considerably higher yield.Start-ups can take the advantage of these subtle advancements and manufacture elegant clothing products that can pique customers' visual senses and give the exquisite fabric an edge over its established competitors.