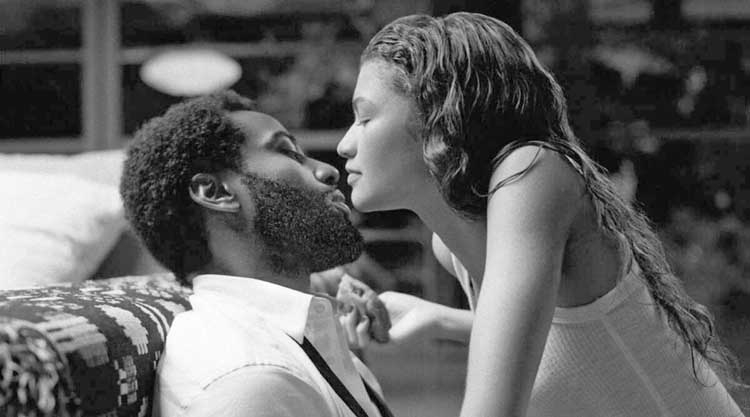 The initial reviews of Zendaya and John David Washington starrer Malcolm and Marie has received mostly positive critical reception with a 75 per cent rating at review aggregation site Rotten Tomatoes.
The Sam Levinson directorial has the two lead actors playing a couple. Washington's Malcolm is a filmmaker who has returned with his wife Marie from his movie's premiere and the celebratory mood of the evening turns serious as they begin to share revelations about themselves and things get real.
Empire Magazine's Amon Warmann said about the film, "Zendaya and John David Washington deliver career-best performances in this mesmerising two-hander that ruminates on love, life and art."
Collider's Matt Goldberg wrote in his review, "No disrespect to writer/director Sam Levinson, but Malcolm & Marie is a movie that lives or dies by its actors. John David Washington and Zendaya are the only two people in the movie, and the entire conflict is about the relationship between these two characters. For all of the long monologues and stark black-and-white cinematography, Malcolm & Marie belongs to Washington and Zendaya."
The Hollywood Reporter's David Rooney wrote, "Washington holds his own throughout but it's MVP Zendaya who carries the movie, revealing as much in Marie's loaded silences as she does in her words."
Peter Debruge wrote, "Uncomfortable as it can be to watch a couple fight, there's something incredibly moving about a filmmaker compelled to dedicate an entire movie to acknowledging he couldn't do this alone. And all it took was two actors, a tiny crew and a global pandemic to bring that sentiment out into the open."