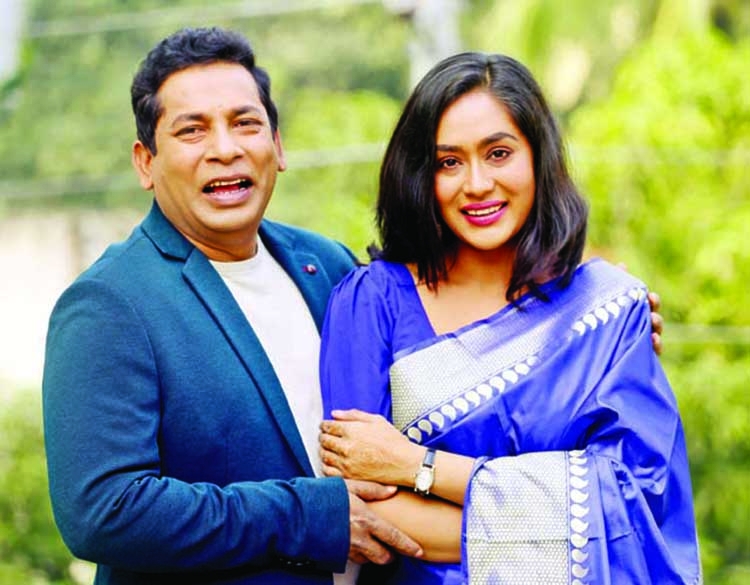 Popular actor Mosharraf Karim and talented actress Zakia Bari Mamo worked under the direction of Sokal Ahmed for several times. For the first time, they paired up under same director's drama titled Gorom Bhater Gondho. Ishrat Ahmed wrote story of the drama.
While talking about the drama director Sokal Ahmed said, "Story of Gorom Bhater Gondho is really exceptional. In fact, I do not want to disclose the story right now. I can only say that viewers will invent Mosharraf Karim in new way in this drama. Viewers will also enjoy Mamo's outstanding acting. Four channels - Bongobd, Deepto TV, NTV and Banglavision - showed their interest to telecast the drama."
Mosharraf Karim said, "It is no doubt we worked in the drama under a nice script. Sometimes I find exceptional story. Gorom Bhater Gondho is such a story based drama. It is a story of our life. To watch the drama, some viewers start to think abut something. It is like that drama. Sokal Ahmed directed all of my works got popularity among the viewers. During childhood, I do not like to remain under pressure but now always have to remain under pressure. For this reason, I cannot get the opportunity to work under Sokal's direction. It is no doubt that Mamo is an outstanding performer. With them my works always become good."
Mamo shared her feelings by this way, "At first, I give thanks to Ishrat to write a nice story for the drama, which is not a typical one. I always feel comfortable to work with Mosharraf Karim Bhai and I also like to work with him. He and Sokal Bhai always like to work under a friendly zone. It has really become a nice work.
I believe viewers will enjoy the drama."
Besides Mosharraf and Mamo, Masum Bashar, Shelly Ahsan, among others also acted in Gorom Bhater Gondho.