Taapsee romances the 'bat and ball' for 'Shabaash Mithu' 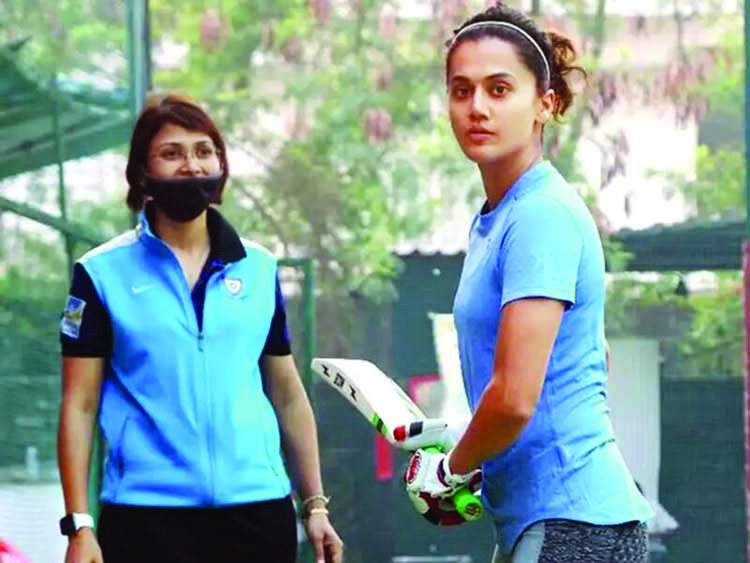 Taapsee Pannu refuses to slow down! The actress recently wrapped the shooting 'Rashmi Rocket' and headed to Goa for the final schedule of 'Looop Lapeta'. And amidst back-to-back shoot, Taapsee has also begun prep for her next film 'Shabaash Mithu', a biopic on Indian cricketer Mithali Raj. She has begun training to play the role of the Indian women's cricket team captain can gave fans a glimpse of her prep.For her role as ace Indian Cricketer Mithali Raj in the biopic, Taapsee will be training with coach Nooshin Al Khadeer. Speaking about her training regimen, Taapsee said, "I've never played the game before, have just been a spectator and a hyper ventilating fan of the game. Being on the other side is going to be a huge challenge I've thrown at myself. But I feel pressure brings out the best in me. This is probably that one common trait I can identify between me and Mithali." On Twitter, Taapse shared a glimpse of her prep and wrote, "And romance with the bat n the ball has begun long way to go but a good start is half job done. This is going to be another milestone of sorts.  'Shabaash Mithu' will be directed by Rahul Dholakia. This film was announced on Mithali Raj's birthday in 2019.