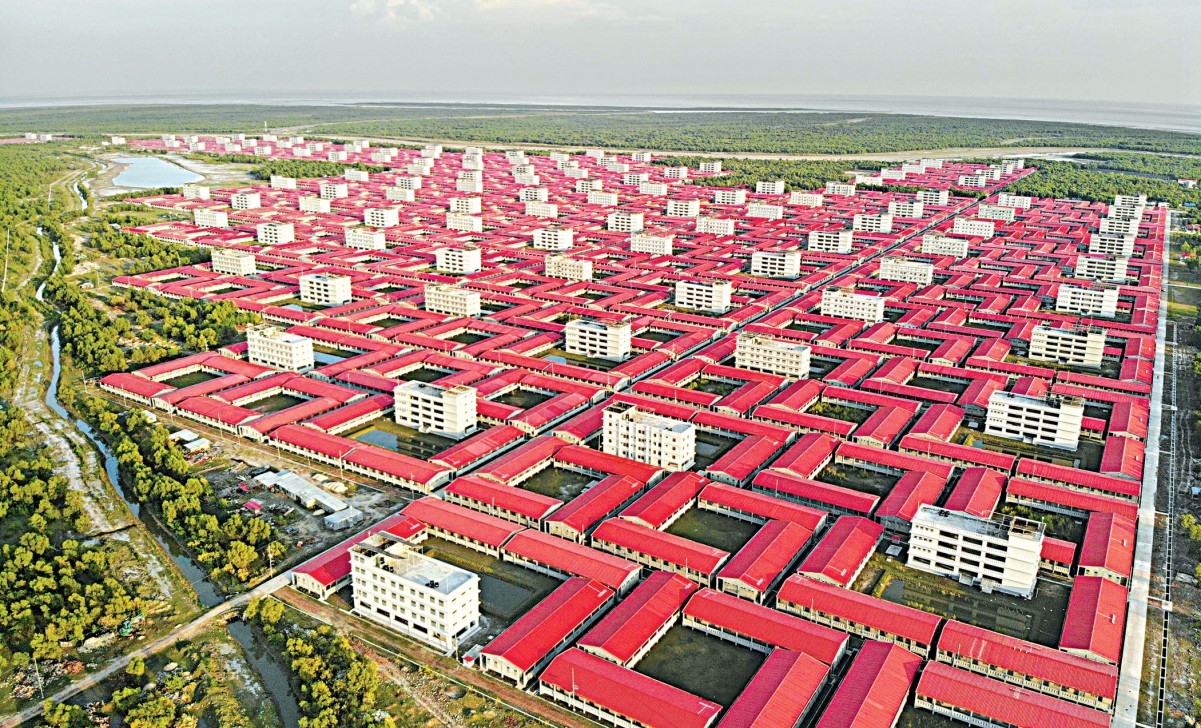 A total of 1,778 Rohingyas reached Bhasanchar from city’s Patenga Boat Club in the third phase as part of their relocation under the supervision of Bangladesh Navy today after 29 days later of second batch.
Earlier, they came to Patenga from Ukhiya Balukhali camp in Cox’s Bazar and started their journey with the help of five naval ships for Bhasan Char around 10.20 am today after an overnight stay at a temporary transit camp of BAF Shaheen College here.
The first group of 1,642 Rohingyas reached Bhasan Char on December 4 and the second batch of 1,804 Rohingya people on December 29, in 2020 under the supervision of the Bangladesh Navy, the Navy sources said.
Mohammad Samsuddauja, additional commissioner of the government’s Refugee Relief and Repatriation Office, told BSS that the third batch of 1,778 Rohingyas reached at Bhasan Char around 3 pm today from city’s Patenga Boat Club under the supervision of the Navy with the help of four naval ships.
He also said that more than 1,300 Rohingy Refugees will also go to the Bashan Char tomorrow (January 30).
Concerned people informed that near one lakh Rohingyas will be taken to Bhasan Char in phases. In the first phase, about 3,500 Rohingyas has already been taken there.
Besides, food items have been stored in Bhasan Char for three months. Initially, cooked food will be provided to Rohingyas by different NGO’s. Representatives of 22 NGOs have started their respective works at Bhasan Char for this.
Jasmine Prema, chairperson of the Social Welfare and Development Organisation, said the government and 22 development agencies have been working to send only interested Rohingyas to Bhasan Char.
Before boarding the ship, the Rohingyas were given tokens and keys of the allotted shelter homes after various data entries. In addition to modern accommodation for the Rohingyas in Bhasan Char, educational institutions, hospitals, clinics and playgrounds have already been set up, she added.
Mohammad Samsuddauja also said that buffaloes, sheep, ducks and pigeons are being reared there for gearing up economic activities. “Different types of vegetables are being planted. Paddy is also being cultivated experimentally there,” he added.
“Cluster villages have been constructed in the project with the aim of accommodating one lakh one thousand 360 refugees, he said, adding that the number of houses is 14,400 in 120 cluster villages.
He further said that the government has provided infrastructure of 120 cluster villages on the 13,000-acres of char land at a cost of Taka 3,095 crore with its own fund to accommodate more than one lakh Rohynga people.