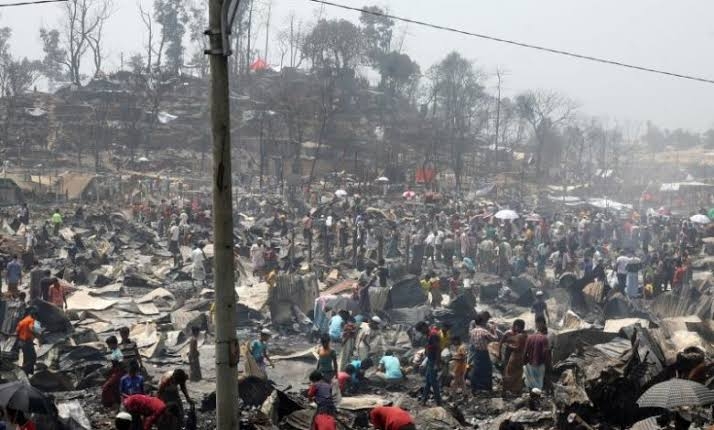 Three people have died in a fire at the Kutupalong market adjacent to a Rohingya refugee camp in Cox's Bazar’s Ukhiya Upazila.
The fire left several others injured, Ukhiya Fire Service official Imdadul Haque said on Friday.
The fire that broke out around 2.30am on Friday was brought under control in a three-hour effort.
The fire gutted several shops and installations and rescuers recovered the bodies of three people.
The dead were identified as Aman Ullah, 20, Faridul Islam, 25, and Mohammad Aiyas, 22, son of a Kutupalong Rohingya camp member.
Imdadul said the fire originated from a shop but he could not confirm how it started. An investigation will be carried out to determine the extent of the damage.
On Mar 22, a massive fire tore through the Kutupalong refugee camp, killing at least 11 people. The Kutupalong camp is home to around 700,000 Rohingya refugees, according to the United Nations. Official UN figures indicate that around 45,000 Rohingya refugees were affected by the fire.