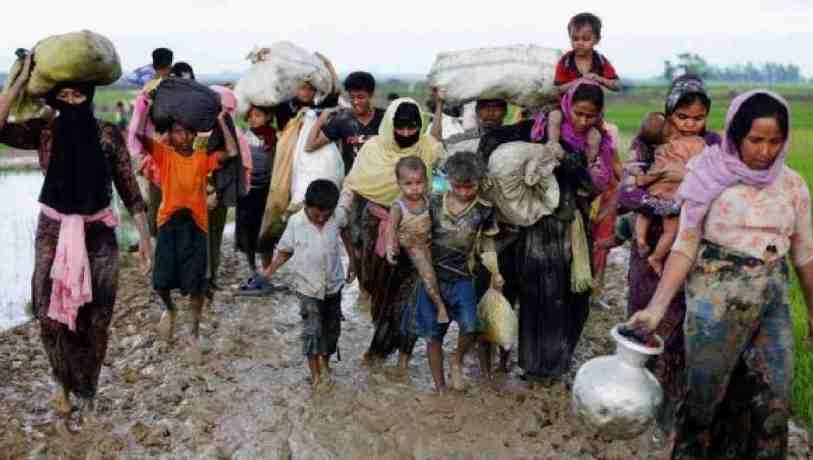 Foreign Minister Dr AK Abdul Momen, who is now visiting the US, has sought a ‘clear roadmap’ from the United Nations (UN) regarding early repatriation of forcibly displaced persecuted Rohingyas from Bangladesh to their land of origin in Myanmar.
“We need a clear roadmap from the UN for repatriation of Rohingyas to Myanmar,” he said at a bilateral meeting with Special Envoy of the UN Secretary General on Myanmar Christine S. Burgener at the Bangladesh Permanent mission in New York on Wednesday, said a release received here today.
The foreign minister said the solution to Rohingya crisis lies in their safe and sustainable repatriation to Myanmar, which couldn’t even be commenced in last four years.
During the meeting, Dr Momen referred to the negative impacts of protracted presence of the Rohingya in Cox’s Bazar, particularly for the host community, and stated that if repatriation doesn’t commence soon, it would only deteriorate the overall situation there and create instability in the region and beyond.
He briefed the Special Envoy on the Bhashan char project where the Rohingya can engage in economic activities and stressed on the engagement of UN in providing humanitarian assistance there.
While the foreign minister invited the Special Envoy to visit Bhashan Char when the covid situation improves, Burgener expressed her eagerness to visit the island where Bangladesh government build a township to relocate 100,000 Rohingyas from congested camps in Cox’s Bazar.
The Special envoy briefed the foreign Minister on her efforts to reach out to the UN member States, and all other stakeholders within and outside Myanmar with a view to resolving the crisis in a sustainable manner so that the conditions on the ground could be improved and the repatriation could commence soon.
Later, the foreign minister had a meeting with the UN Under-Secretary-General (USG) for Peace Operations Jean-Pierre Lacroix.
Foreign minister reiterated Bangladesh’s commitment to support and contribute to the peacekeeping operations of the UN, which lies in the high ideals of the Father of the Nation Bangabandhu Sheikh Mujibur Rahman.
He thanked the UN’s Department of Peace Operations (DPO) for their cooperation in ensuring safety and security of the peacekeepers.
Referring to the pioneering role of Bangladesh in the Women, Peace and Security agenda, he recalled the sacrifices of the peacekeepers, especially the women peacekeepers and suggested that the DPO should promote women’s participation by preparing special documentary and other communications materials.
The Foreign minister also requested to appoint more Bangladeshi military and civilian officers to the senior positions both at the UN headquarters as well as at the field level.
Lacroix lauded Bangladesh for its contribution to UN peacekeeping for over three decades and expressed hope that the partnership between Bangladesh and the UN in the field of peacekeeping will continue to grow.
He also praised the professionalism, and dedication of Bangladeshi peacekeepers working in UN peacekeeping missions.