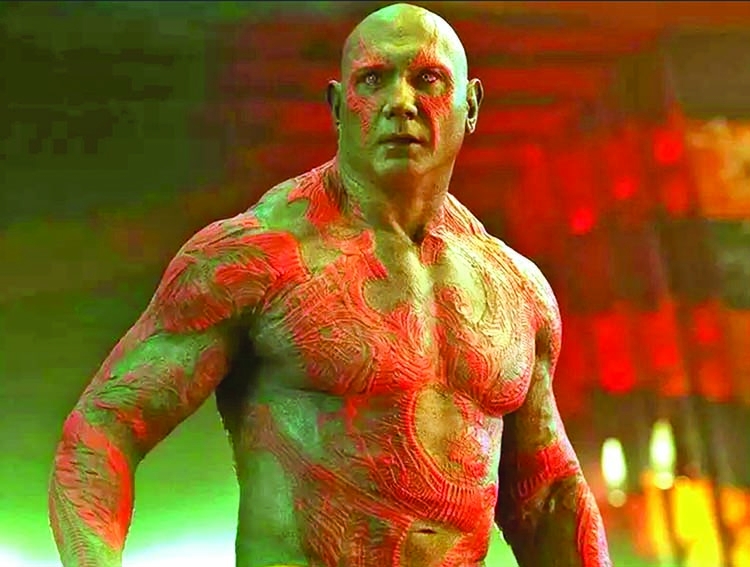 All the Drax fans might not have a reason to rejoice as the actor has recently revealed that he is preparing for his "bittersweet" exit from the Marvel Cinematic Universe.Bautista wrapped filming on 'Thor: Love and Thunder' earlier this year and said he expects to begin production on his last MCU film, 'Guardians of the Galaxy' Vol. 3, in October.
In an interview with a magazine, during a promotion, the actor admitted that he is not sure "what the future holds for the rest of the Guardians of the Galaxy", but said his time for playing Drax the Destroyer is almost over.
"I don't know if they'll move forward with the character or with Guardians at all [after Guardians 3], I'll probably have to do a table read but they would really even have to force me to do that. I like going in with no expectations, you know, because I'm a fan," he said, adding that has chosen to refrain from reading a script for the upcoming installment.Bautista also teased that if all goes as planned, then he will finish the production on 'Guardians 3' in April stating that the day will be the end of his Drax journey.
"It's been a hell of a journey with this cast and Guardians and the whole Marvel Universe, I feel like it really launched my career. And I'm kind of wrapping up that part of my journey, so it's very much a bittersweet thing," he told.The former WWE star also added that there is one last thing he would love to bring to his MCU character- "more muscle".
"In the first film, Drax just came across so funny. I think they just wanted to tap into more of that, and that's who the audience fell in love with. So we never really got to see Drax the Destroyer," explained Bautista.He added, "Maybe there'll be an opportunity in Guardians 3 so I won't feel like there was anything left on the table. I'd love to bring some of that physicality from wrestling into the Marvel Universe, and I just haven't had the opportunity to."
The actor is currently shooting in Greece for 'Knives Out 2' alongside Janelle Monae, Kate Hudson, Kathryn Hahn, Edward Norton, and Leslie Odom Jr.
Not many details have been revealed about the plot of the second installment in Rian Johnson's whodunit series, but Bautista teases a "great" cast of characters and an even more thrilling story to the magazine."I really think it's going to be as good, if not better, than the first one. I'm always afraid to say that because I don't want anybody to get offended saying that we're going to be better, but I really do think this, I think the characters are just so much more colorful," he told.