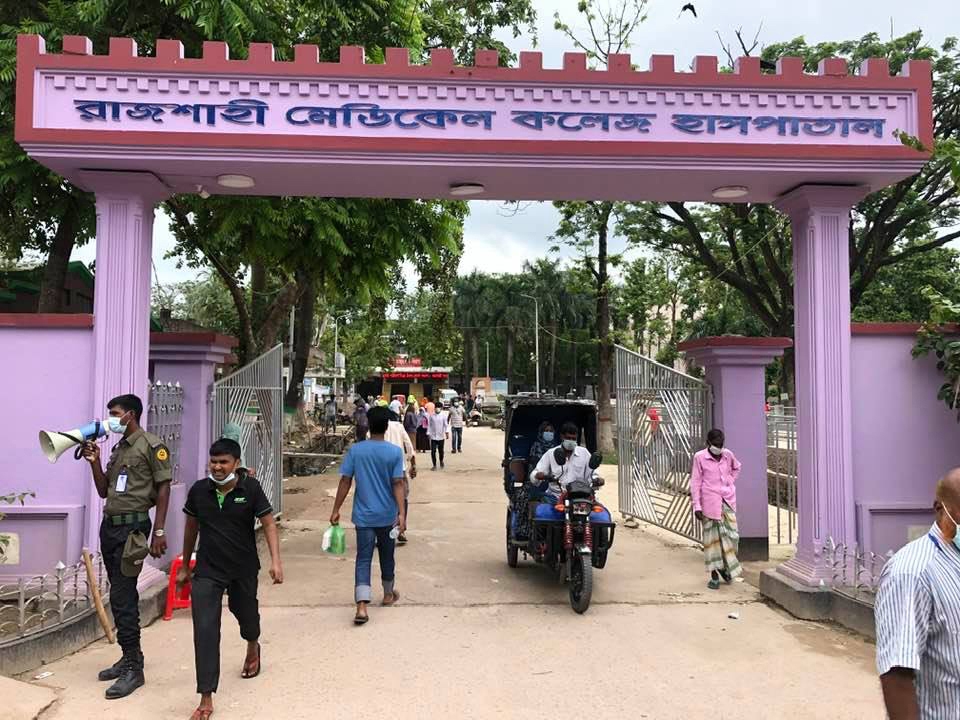 Some 21 more people died at the Covid-19 unit of Rajshahi Medical College and Hospital (RMCH) during the last 24-hour till 6am today, taking the death toll to 160 so far this month against 566 in July and 405 in June.
RMCH Director Brig Gen Dr Shamim Yazdani told newsmen that nine were female among the deaths.
Ten of the deceased were the residents in Rajshahi, four each from Naogaon and Pabna, two from Chapainawabganj and one from Natore districts, he said.
“Among the deaths, five tested positive for Covid-19, 14 had its symptoms and two had post-covid-19 complexities,” he said, adding ten of them were aged above 61, seven between 41 and 50 and three between 31 and 40.
Some 43 more patients were admitted to the designated Covid wards of the hospital afresh during the time, taking its number to 380, including 197 tested positive for Covid-19, against 513 beds.
Another 20 patients are undergoing treatment in the Intensive Care Unit (ICU) of the hospital. Forty-four other patients returned home after being cured during the time.
Yazdani said the infection rate has declined in Rajshahi to some extent compared to the previous day.
A total of 88 people were found positive for Covid-19 after testing 381 samples in Rajshahi's two laboratories on Monday, showing 23.10 percent positivity rate.
The positivity rate was 27.25 percent on Sunday, 34.63 percent on Saturday, 30.21 percent on Friday, 23.82 percent on Thursday, 23.89 percent on Wednesday and 24.93 percent on Tuesday last.
Yazdani said over 60 percent of the new Covid-19 patients admitted to the corona unit of RMCH are from villages, reiterating that awareness among the villagers is less compared to the urban people.
“Despite symptoms they hesitate to go for tests. Only they are coming to the hospital when they feel worse. Then we have nothing to do for them, they are dying,” he continued.
Yazdani said utmost attention should be given to the villages along with urban areas as the fatality rate among the villagers is more and the grave situation is aggravating day-by-day there.
Apart from the administration and health workers, public representatives, political activists and volunteers should come forward and work together, otherwise, the situation may be further more alarming, he mentioned.
He also opined that demand for oxygen has enhanced to a greater extent for the last couple of months in the wake of a surge of patients in the hospital.
Over 8,000 liters of oxygen are being supplied to the Covid-19 patients every day on an average in the hospital at present but the daily oxygen demand was only 2,500 liters in around two months back.
The oxygen demand has gone up by around 3,000 liters, on an average, particularly during the last couple of weeks.