State Minister for Fisheries and Animal Resources Narayan Chandra Chanda underscored the need for developing a database for the fishermen in order to offer them right kind of supports for their development.

"The database would help the government while giving a platform for the fishermen to be organized, raise their voices and establish community rights," he said yesterday while speaking as the chief guest at a discussion in the city.

Narayan Chanda said fishing has been one of the oldest professions in the country, but the fate of the fishermen has hardly been changed.

This is partly because the fishermen did not find the right path to change their fate by themselves. For instance, he said, a small saving from their income might have a great impact on their families and generations. 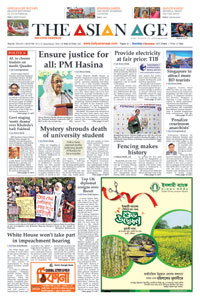