An alleged rapist has been killed in a gunfight with Rapid Action Battalion (RAB) at Chokoria in Cox's Bazar. Major Ruhul Amin, Company Commander, RAB 7 said the gunfight occurred at Ulubonia area under Chokoria upazila on Saturday night at 1 am.

The alleged rapist Abdur Rahim (20) is a resident of Ulubonia locality. A case was filed against him with Chokoria police station four days ago on charges of raping a 5 years old girl child. Major Ruhul Amin said to media that RAB carried out an operation at Ulubonia area being informed about Abdur Rahim's location at that place.

Some miscreants opened fire on RAB, Major Ruhul further said. RAB members fired gunshots for self-defense at that time, he added. The hooligans moved away from that place after exchanging fire with RAB for a while. Abdur Rahim's dead body with gunshots was found on the spot after his accomplices escaped, RAB officers informed.

According to Major Ruhul Amin, one locally made gun and three round bullets were recovered from the spot where the gun fires were exchanged with the miscreants.

Reportedly, a five-year-old girl was raped by Abdur Rahim on March 26 in Ulubonia while the girl's parents were out of home. The victim's father lodged a case against Abdur Rahim on March 28 in this connection with local police station. Major Ruhul told media that Abdur Rahim's corpse has been sent to Cox's Bazar Sadar Hospital morgue for autopsy. 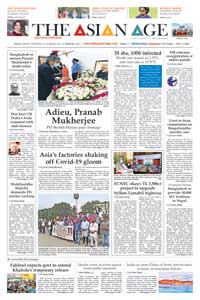