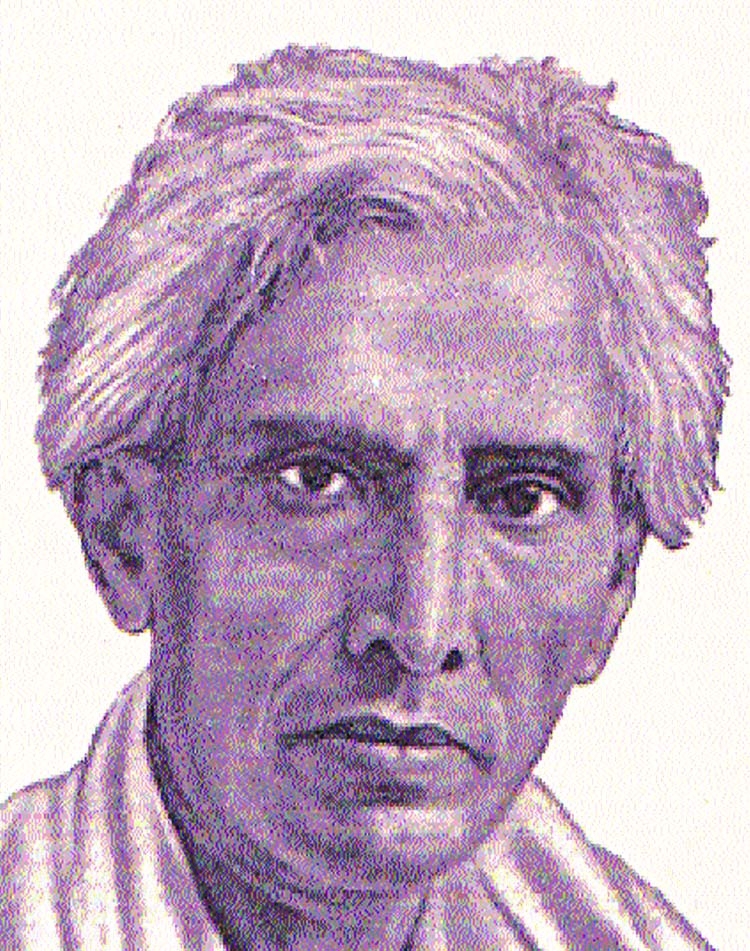 Sarat Chandra Chattopadhyay, alternatively spelt as Sarat Chandra Chatterjee was a Bengali novelist and short story writer. He is arguably the most popular novelist in the Bengali language.  His notable works include Devdas, Srikanto, Choritrohin, Grihadaha, etc.
Most of his works deal with the lifestyle, tragedy and struggle of the village people and the contemporary social practices that prevailed in Bengal. He remains the most popular, translated, adapted, and plagiarized Indian author of all time. University of Dhaka awarded him an honorary doctorate (D.Litt.).
On 2 Magh 1344 or 16 January 1938 he died, from cancer of the liver. His father Motilal Chattopadhyay was an idler and dreamer who held irregular jobs. He could not finish novels and stories that he had started writing, but passed on his imagination and love of literature to Sarat Chandra.