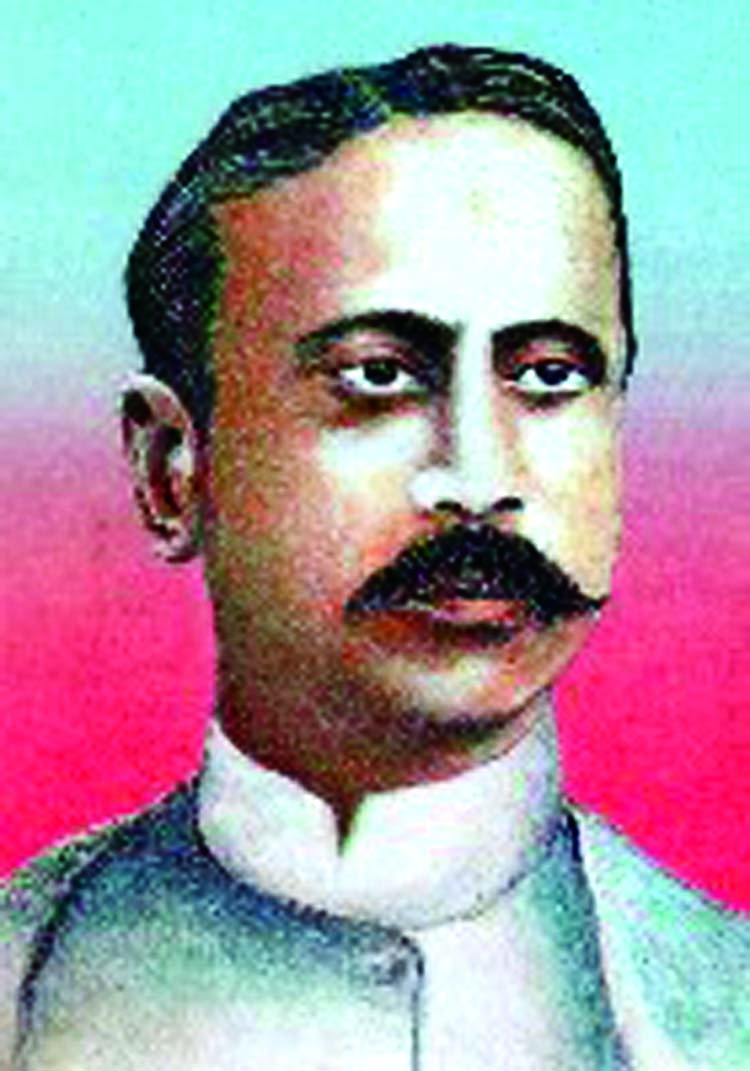 Nabinchandra Sen was a Bengali poet and writer, often considered as one of the greatest poets prior to the arrival of Rabindranath Tagore. He commented on the battle of Plassey and the arrival of British Rule in India as " A night of Eternal Gloom" . Nabinchandra was the father of Pramathalal Sen.
He was born in Noapara, Raozan Upazila in Chittagong on 10 February 1847, and studied at the Chittagong Collegiate School, clearing the school leaving Entrance examination in 1863, In 1865, he passed the FA exam from Presidency College, Calcutta. In 1868, he earned his BA from General Assembly's Institution (now Scottish Church College) and after teaching for a brief period at Hare School, he joined the colonial administrative services as a Deputy Magistrate.