A poet of solitary struggle and human dignity 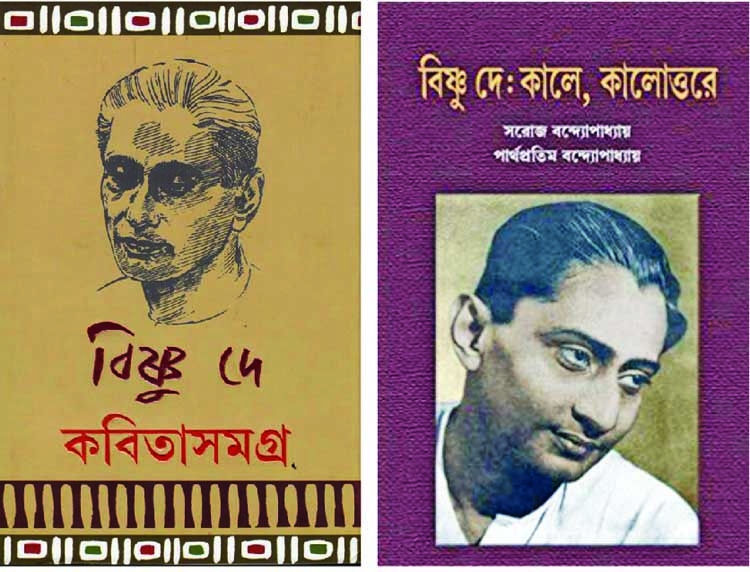 Bishnu Dey was a prominent Bengali poet, prose writer, translator, academic and art critic in the era of modernism, post-modernism. Starting off as a symbologist, he won recognition for the musical quality of his poems, and forms the post-Tagore generation of Bengali poets, like Buddhadeb Basu and Samar Sen, which marked the advent of "New Poetry" in Bengali literature, deeply influenced by Marxist ideology. Bishnu Dey was born on 18 July 1909 West Bengal, New India.
He studied at Mitra Institution, Calcutta and Sanskrit Collegiate School, Calcutta. After matriculating in 1927, he went on to do his IA from Bangabashi College, Calcutta. He completed his BA (Hons.) in English from St. Paul's Cathedral Mission College, Calcutta and MA in English from the University of Calcutta.
He was inspired by Marxist philosophy and by the ideas and style of T. S. Eliot. Post-partition along with other Calcutta-based writers and poets like Subhash Mukhopadhyay he formed the "Anti-Fascist Writers' and Artists' Association" in 1947. He even published a poetry magazine for while wherein he encouraged socially conscious writing. His own work reveals a poet's solitary struggle, quest for human dignity, amidst a crisis of uprooted identity.
Through his literary career, he taught English literature at various Calcutta colleges, Ripon College, Presidency College (1944-1947), Maulana Azad College (1947-1969) and Krishnanagar College. In the 1920s & 1930s, he was also remained a member of a young group of poets, centered on the Kallol (Commotion) magazine.
His most important work, poetry collection, Smriti Satta Bhabishyat (Memory, being, the Future) (1955-61), set a new precedent in Bengali poetry. It later won him the 1965 Sahitya Akademi Award in Bengali as well as the highest literary award of India, Jnanpith Award, in 1971.
Among his major writings are Urvashi O Artemis (1932), Chora Bali (1938), Purba Lekh (1940), Sandiper Char (1947), Annishta (1950), Naam Rekhechi Komal Gandhar (1950), The Paintings of Rabindranath Tagore (1958), India and Modern Art (1959) and Art of Jamini Roy (1988) etc.
He was also associated with the Calcutta Group Centre, Soviet Friendship Association, Pragati Lekhak Shilpi Sangha, Indian People's Theatre Association (IPTA), etc.
He was a close friend of the artist Jamini Roy, an association which led him to writing works in art criticism such as Art of Jamini Roy (1988), The Paintings of Rabindranath Tagore (1958), and India and Modern Art (1959). Bishnu Dey died on 3 December, 1982 in Calcutta, India at the age of aged 73.