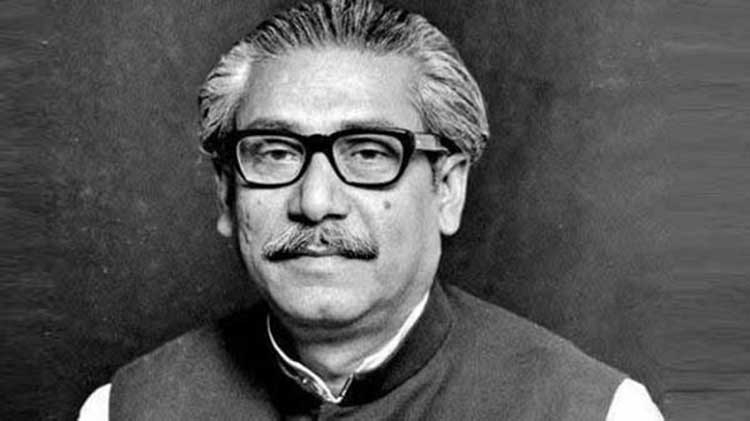 Bangabandhu Sheikh Mujibur Rahman stepped into student politics at the beginning of the twentieth century. He was at that time a school student. He was a student of Gopalganj Mission School. He was a little elder than his classmates. He was admitted in school a little later because of illness.
Bangabandhu got involved with local student politics due to his sense of responsibility towards his friends and schoolmates. The then Prime Minister of Bengal Sher-E-Bangla AK Fazlul Haque and Labour Minister Hossain Shaheed Suhrawardy visited Gopalganj in 1938. This is how Bangabandhu Sheikh Mujibur Rahman got engaged with student movement.
Bangabandhu was a student of class nine at that time. He was made the head of volunteers during the visit of AK Fazlul Haque and Hossain Shaheed Suhrawardy. Sheikh Mujibur Rahman told the ministers about the seepage of water from the school roof. He sought a remedy to this problem from AK Fazlul Haque and Hossain Shaheed Suhrawardy.
Student politics was very close to national politics during the British era. Almost all the Muslim students joined Muslim Chhatra League at that time. Sheikh Mujibur Rahman became a member of Muslim Chhatra League with encouragement from Hossain Shaheed Suhrawardy and some days later he also became a member of Muslim League.
Sheikh Mujibur Rahman made the best of his efforts to strengthen Muslim Chhatra League and Muslim League in Gopalganj. He established the branches of these political parties in Gopalganj, Madaripur, Goalanda and Faridpur.
At this time Bangabandhu was imprisoned over a small incident. He passed matriculation in 1942 and went to Kolkata. He lived in Baker Hostel. Bangabandhu Sheikh Mujibur Rahman was able to contribute greatly to the central Kolkata student politics with his youthful vigor.
Sheikh Mujibur Rahman was elected for the post of General Secretary of the student union of Islamia College (now Mawlana Azad College) in 1946. Bangabandhu became one of the main political leaders of Faridpur. He had to face impediments one after another.
Bengal provincial Muslim League assigned Sheikh Mujibur Rahman to conduct elections in Faridpur during the polls of 1946. His political opponents wanted to keep him away from political activities through his father.
However, Bangabandhu's father Sheikh Lutfur Rahman was a plain-hearted but intelligent man. He said, "Sheikh Mujib is working for the country. He is not doing anything wrong. I will not feel sad even if he goes to jail." This support from his father profoundly inspired Bangabandhu to continue working for his country and people. Bangabandhu soon became a well-known figure in the student politics of Pakistan.
Bangabandhu began his journey in student politics from 1938 which continued till 23rd June 1949. It was a highly eventful time. Muslim Chhatra League and Muslim League both these organizations had two streams. One stream was led by Khaza Nazim Uddin and Mawlana Akram Khan while another stream was led by Shaheed Suhrawardy and Abul Hashim.
Bangabandhu worked incessantly to transform Muslim League into a pro-people political party. He always believed in progressive thoughts. Bangabandhu received encouragement from his father, his mother and from his wife Fazilatunnesa. Bangabandhu's father told him, "You can carry on doing politics but do not forget about your studies. You will never be defeated if you have sincerity and honesty of purpose." These words etched deep marks on the mind of Bangabandhu.
Sheikh Fazilatunnesa cooperated with Bangabandhu all her life unconditionally. Famine, Direct Action Day and partition led to much political turmoil. Bangabandhu emerged as a leading fellow in the middle of student politicians during those days. Bangabandhu passed Intermediate of Arts (IA) in 1944 and Bachelor of Arts (BA) in 1947. He moved to East Bengal after partition and enrolled in Dhaka University for LLB course.
Some major events of Bangabandhu's life took place while he was a student of Dhaka University. East Pakistan Muslim League was formed under his leadership on 4th January 1948. Bangabandhu was the driving force of this organization.
At that time Bangabandhu got involved in the Language Movement and also attached Chhatra League with this agitation. Bangabandhu was imprisoned over his leadership in the Language Movement. He was imprisoned once again for supporting a movement of fourth class employees of Dhaka University. He was also expelled from the university.
Sheikh Mujibur Rahman played vital roles in Language Movement and also in the referendum for including Sylhet in Pakistan. Bangabandhu actively participated in the Language Movement. He also observed hunger strike on 21st February.
At that time Mawlana Bhashani came into East Bengal. The rebel activists of Muslim League had a meeting in Dhaka on 23 June 1949 at a house named Rose Garden. The house belonged to a political leader named Humayun. East Pakistan Awami Muslim League was founded in this house.
Mawlana Bhashani was made president of the organization. Shamsul Haque was made general secretary and Sheikh Mujibur Rahman was made joint secretary who was at that time inside jail. This is how Bangabandhu's career in mainstream politics began. He could foresee that there would be dictatorship if there is no effective opposition. Awami Muslim League afterwards turned out to be Awami League.
Bangabandhu had always been the guardian of the people of Bangladesh through all ups and downs. The six-point movement of 1966, the non-cooperation movement of 1969 and the Liberation War of 1971 were conducted under his charismatic leadership. Chhatra League participated in the Liberation War through Bangabandhu's decision to do so. Joy Bangla. Joy Bangabandhu.


The writer is an eminent politician and Member of Parliament, Awami League, Brahmanbaria 3