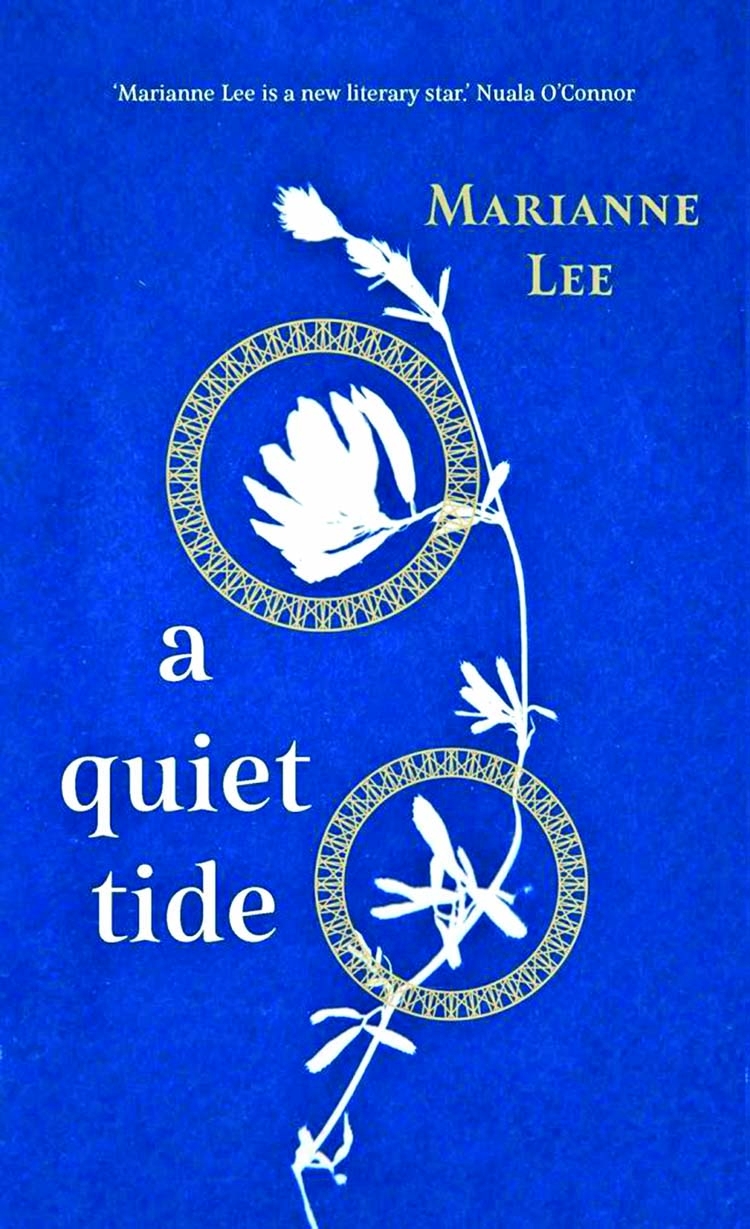 A Quiet Tide, Author: Marianne Lee, Publisher: New Island
Sarah Gilmartin
Turning the lives of real people into compelling fiction is an art in itself. The novel must be historically accurate, and therefore meticulously researched, but also reveal an interiority of character that goes far beyond biographical facts. Author Marianne Lee, from Co Offaly, manages this with aplomb in her debut novel A Quiet Tide, a fictionalised account of the Irish botanist Ellen Hutchins. The novel is set around the early 1800s and spans Ellen's short life: her exile from the grand family home in Bantry to boarding school as a young girl; her stint in Dublin as a governess for a doctor's family; and a potential romance with a fellow botanist, which is stymied by her return to Bantry on her brother's orders to care for their ageing mother.
From the beginning it is clear that Ellen's life is not her own. Potential is a key word in this poignant novel of missed opportunities. There is the sense throughout that Ellen is ahead of her time, a woman who steps outside society's confines to pursue an unusual path. Lee's elegant writing ably showcases Ellen's journey from directionless ingenue to highly regarded botanist. In her short life - Hutchins died in her early 30s - she established herself as an avid curator of plants, a young Irish woman who earned a reputation both at home and abroad for her talent.
Though well researched, the details of Ellen's life and work are never laboured. Throughout the book, Lee paints a picture of a real person clearly struggling against the limitations of the time, and of her own body. Scene by scene, Ellen's quiet heroism comes through. There's her tacit acceptance of her circumstances in life - the boarding school, her poor physical health, the frosty reception she initially receives from the doctor's wife, the whims of her erratic older brother - and the many instances where she overcomes her own fears to embrace the new. This is particularly obvious in her curiosity in the natural world: searching for plants in all kinds of weather; solitary trips through tough terrain; the vivid scene where she battles against the vile smell of a dead whale in order to investigate its carcass.

Nuanced characters
The side characters in the book are equally nuanced. An omniscient narrator fits well with the historical tone and lets Lee flit between characters. In Dublin, Dr Stokes and his wife, Louise, both mentor Ellen in their own way. He passes on his love of botany, while Louise offers pragmatic advice on marriage and society. Characters frequently surprise us - Louise is ultimately kind, brother Jack mellows with time, schoolfriend Caroline is happily married.
This constant upending of our expectations in quiet, realistic ways gives a lovely flow to the narrative. Perhaps more could be made of certain strains, such as the lacklustre ending to a burgeoning romance, but on the whole Lee skilfully blends the real and fictional together.
Adding further depth to Ellen's story is the wider historical context of the novel. Wolfe Tone and the Anglo-Irish conflicts of the time crop up in various inventive ways. With an estate that has fallen into disrepair, Ellen's family struggles financially, but it is nothing compared with the hardship of the locals: "She walked along the beach, kicking over seaweed and debris, thinking on his advice.
The local people used wrack to enrich their meagre strips of land, carrying great baskets of it from the shoreline. A picturesque scene, that masked their fatigue and poverty; the women in bare feet with their skirts tied up, shawls of ragged cloth around their heads and necks against the sun, the men labouring with forks or bare arms, the fortunate few loading up their donkeys."
Perceptive eye
Whether she's scouring the Bantry coastline for plants or watching those around her interact, Ellen's perceptive eye misses little. To Lee's credit, the insights are always in keeping with character and situation: "She spent more and more time at her table, bent over books. Being part of a family's happiness was even lonelier than being part of their sorrows." Lee, who has an MPhil in creative writing from Trinity, lives in Dublin with her husband and works as a freelance art director and copywriter.
Though set in the past, the themes of her debut have a modern feel, none more so than in Ellen's attempts to establish herself in a male-dominated field. Her struggle for autonomy and equality is clear, and though Ellen achieves much, one is left wondering by the end of the book just how much more would have been possible were she given the same opportunities as her brothers.
Early in life, Ellen's headmistress gives her some advice on her restless spirit. "You must strive to curb it. Accept what is around you. Do not fight." Lee's novel beautifully captures the quiet resistance by one noteworthy Irish woman against this damning advice.