After completion of Higher Secondary Certificate Exam whose acronym is HSC or equivalent A level exam meritorious students of science background usually think of  admitting either into engineering university called BUET or try for admission in medical colleges especially government medical colleges. However, some extraordinary students try for alternatives like admission for graduation in Physics, Chemistry or Biology in Dhaka University on priority basis with an ambition to complete PHD from abroad in future. Science background students who do not compete for admission to become doctor or engineer are very few in number.
Regarding commerce background students, their first choice is usually BBA from IBA of Dhaka University followed by BBA from commerce faculty of Dhaka University as second option.  BBA with Finance or Accounting major is usually picked by better students than marketing or management. However, Bangladesh is a different country in the sense that here students prefer education institution rather than subject of study. For this, any student is ready to study in Dhaka University at whatever subject instead of studying the subject of his or her choice in other universities, say, Chittagong or Rajshahi University.

What about the students of humanities or arts group, the leftover? I used the term "leftover" humorously, because in our education system meritorious students choose either science or commerce background for higher study. Students who have no other options have to choose humanities background or arts background or their parents choose for them humanities background so that at least they become graduate.
This is the ground reality in the education system of Bangladesh. However, there are also few talented students who try to explore humanities for future career like to become sculptor. Most of the students of humanities try to get admitted after HSC  into Dhaka University for graduation from Department of English or Law or Economics. Development Studies is a recent choice for many dreaming to build career in UNDP, UNICEF or any recognized NGO. Subjects like History, Philosophy, Anthropology, Bangla etc. are very much neglected since they are not job-oriented.
Many students like to shift into private universities instead of studying such non-utility based subjects. Subjects like Bangla, Political Science, Historywhich were  options for best students of humanities even in 1970s and 1980s are now worst options under influence of capitalistic utility-based education system. Students can be further interested to be graduated in subjects like Bangla, Political Science, History and Anthropology if corporate houses consent to not deprive them by recruiting only BBA and MBA. Other than government jobs, teaching is now the only remaining option to explore such general educational degrees.

There are also students who instead of running for general education try for professional degrees. After having a simple graduation their target is to complete professional degrees like CA, ICMA or CFA. There are also students who aspire to complete Barrister Degree to enhance family reputation and many sold their landed properties to bear educational expense for buying such reputation. When private universities were few, only financially solvent people would send their children for higher study there. Now with the blessings of dozens of private universities, middle and even lower middle class people send their children to private universities because of affordable pricing.

After completion of HSC, many choose for defense job especially in Bangladesh military force. Here also option is broader for science background students who can join air force or naval force let alone military force. Students of humanities background can only join military force which is considered dream of many. Defense personnel get the opportunity to complete graduation there.

A vast neglected chunk is an under-privileged section who have to admit into polytechnic or nursing institute as a short cut to ensure jobs. However, as engineering universities are also located outside Dhaka, now such diploma holders job is not guaranteed. Subjects like Journalism, International relation become choice of many for obtaining graduation due to increase of job scope for private televisions. Defense institute like MIST, Armed Forces medical college etc.have also broadened education scope for civilians. While many willingly go for general education targeting Bangladesh Civil Service or BCS, students still go for foreign education since foreign degrees specially North American Educational Certificates are considered most valuable for recruitment either in corporate world  with huge salary or to be recruited as lecturer in prestigious educational institutions in Bangladesh.

Bangladesh has also influx of foreign students who mainly come from countries like Nepal, Nigeria, Palestine, Shrilanka, Maldives for admission in private medical colleges or for obtaining engineering degrees. Though it shrinks education scope for local students to some extent, it paves the way for cultural sharing between local and foreign students. Culture is supposed to be reciprocal and so is education. The number of students who concentrate on IELTS after passing HSC/ A level for foreign scholarship or study on waiver is not less. Most of such students are in the mindset of leaving the country at any cost instead of study abroad. Ironically, many such students who go abroad to get rid of  pollution, poverty and hard life of Bangladesh later  serve our nation better than others by sending foreign currency from abroad.

Sarcastically, the open secret is that students who have huge family businesses and which they will have to take care willingly or unwillingly in future do not bother that much about subject or discipline selection for graduation like their friends or classmates. Frankly speaking, these students of business-family background know well that they will not need to struggle for searching jobs with their graduation certificates as weapon against potential unemployment like their friends or classmates whose parents are all service holders. Actually, Directors or owners of most large group of industries send their children abroad for higher education without bothering of subject or discipline selection  with the objective to develop leadership skill mainly in their children so that they can become better successors to supervise their family businesses. 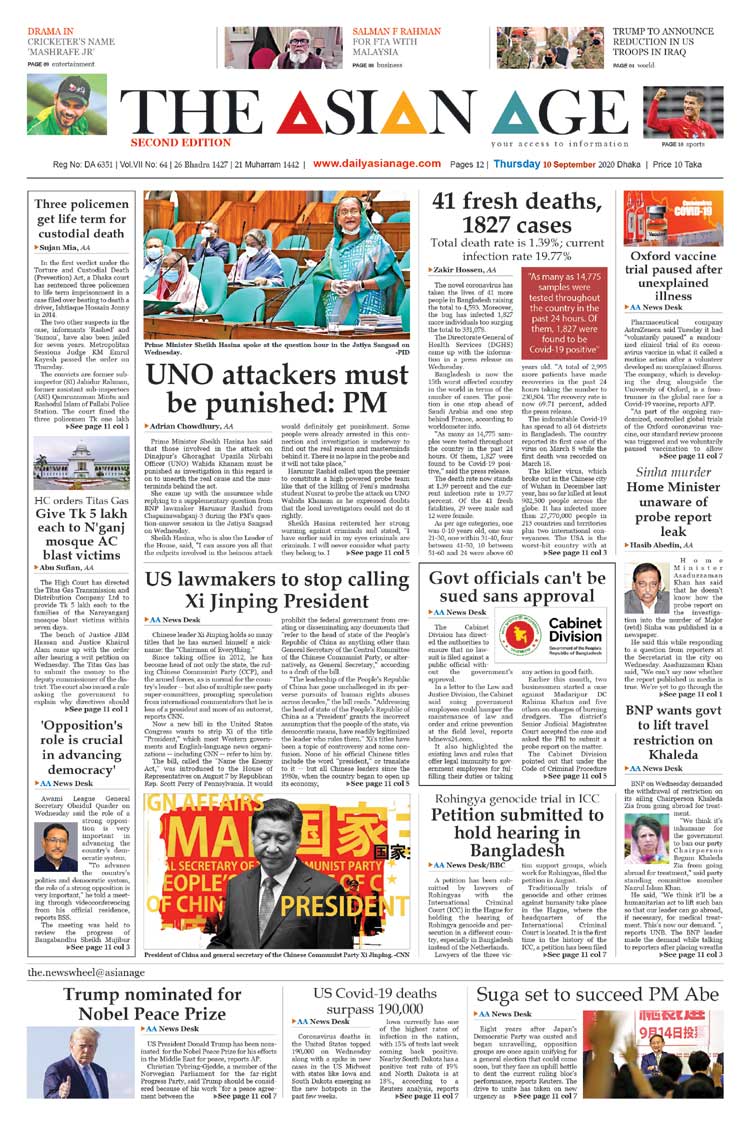