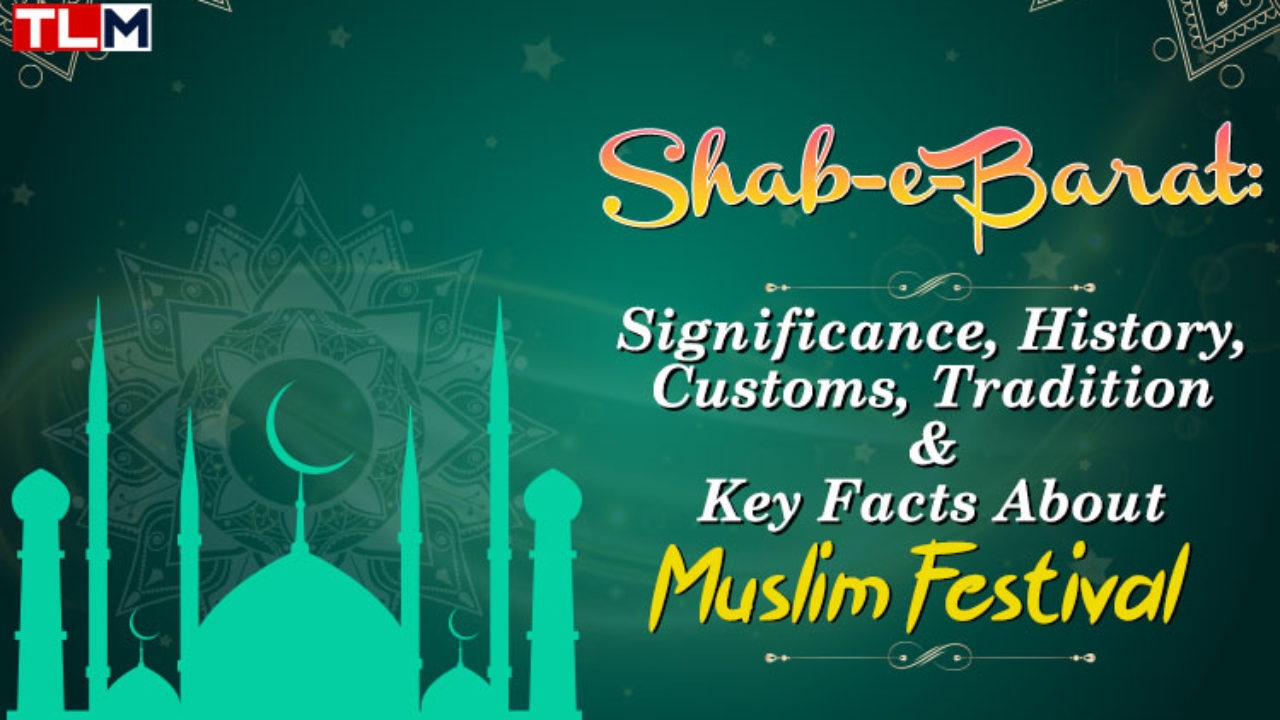 Night, day, tomorrow are all God's creation. But some days, some nights have been awarded with khas karta virtue. One of the months in which Allah has bestowed special blessings for His servants due to khas khas virtue is the holy month of Shaban. The Prophet (peace and blessings of Allaah be upon him) used to observe the most naafil fasts in this month. Shabe Barat or Mid-Sha'ban (Arabic: Nisfe Shaban transliteration) or Lailatul Barat is an important night for Muslims celebrated on the night between the 14th and 15th of the month of Sha'ban. In the subcontinent, this night is called Shabe Barat. According to Islamic belief, Allah specifically forgives His servants on this night. The glorious, blessed night that transcends the full cycle of a full year Arrival.
The Muslim community will observe the night through Ibadat-Bandegi, Zikir-Askar and Tawba Isteghfar. The word Shabe Barat comes from Persian. Shab means night, Barat means release; Shabe Barat means the night of liberation. The Arabic of ‘Shabe Barat’ is ‘Lailatul Barkat’. In Hadith Sharif it is called 'Nisaf Shaban' or the night of the middle day of the month of Shaban. In many countries of the world including Indian subcontinent, Persia, Persian, Urdu, Bengali, Hindi and many other languages which are more commonly known as 'Shabe Barat'. Five nights in between are particularly noteworthy. These five special nights are: the two nights of Eid, Shabe Meraj, Shabe Barat and Shabe Qadr.
Allah says, ‘Ha-Mim! I swear! Of the glorious Book, surely We revealed it on a blessed night; Surely I was a warner. So that all important matters are determined. This is a command from me, surely I am the messenger. This is the mercy of your Lord, surely He is the Hearing, the Knowing. He is the Lord of the heavens and the earth and all that is between them. If you are sure that there is no god but He, then He gives life and causes death. He is your Lord and your forefathers. Yet they are skeptical. But wait for the day when the sky will be clear with smoke. (Surah Dukhan, verses 44-64. The commentators say that the full moon night in the month of Shaban is meant here as ‘Lailatul Mubaraka’ or Blessed Night. (Tafsir Mazhari, Ruhul Maani and Ruhul Bayan).
It has been narrated from some commentators including Hazrat Ikrima (RA) that the night of blessing in the second verse of Surah Dukhan
Shabe Barat is meant.
* Virtues of Shabe Barat:
Hazrat Aisha Siddiqa (RA) said, “Once the Messenger of Allah (SAW) stood up in prayer and prostrated so long that I thought he was dead; I then got up and shook his big toe, his big toe moved; He got up from prostration and after the prayers he noticed me and said, O Aisha! Do you have this fear? I replied, O Messenger of Allah (peace be upon him)! From your long prostration I feared you had died. The Prophet (peace be upon him) said, Do you know what night it is? I said, "Allah and His Messenger know best." Then the Prophet (peace be upon him) said, this is the night of Ardhashaban; On this night Allah pays attention to His servants; Forgive those who ask for forgiveness, please forgive those who ask for mercy. And leave the haters in their state. (Shu'abul Iman, Volume 3, Page 382). It has been narrated from Hazrat Aisha (RA) that the Prophet (SAW) used to come to the graveyard of Madinah ‘Jannatul Baki’ that night and pray and ask forgiveness for the dead. He further said that the Prophet (peace and blessings of Allaah be upon him) told him that on this night Allaah forgave more sinners than the fleece (number) of the sheep and goats of Bani Kalb. (Tirmidhi Sharif, Hadith: 739).
* Some do's and don'ts on the night of Shabe Barat: -The Prophet (peace and blessings of Allaah be upon him) said: When the day of mid-Shabaan comes, perform naafil worship at night and fast during the day. (Sunan Ibn Majah). Narrated Ali Ibn Abu Talib: The Prophet (peace and blessings of Allaah be upon him) said: “When the night of mid-Shabaan (the fourteenth day of the day) comes, spend it in worship and fast during the day. Because, tonight After sunset, Allah first came to heaven and said, "Is there any apostate?" I will forgive him. Is there any candidate for sustenance? I will provide for him. Is anyone in danger? I will deliver him. Is there such and such, is there such and such? In this way, the call of Allah is up to Sadiq in the morning. ”(Sunan Ibn Majah, Hadith 1384) This hadith is valid. However, it is acceptable as there is a saheeh hadeeth mentioned above in support of it.
Apart from that, a saheeh hadeeth has been narrated about Allaah inviting His servants to come to the heavens for the first time every night, which strengthens the narration of this hadeeth. In addition, it has been narrated in the Sahih Hadith that more and more supererogatory fasts are observed in the month of Sha'ban, and all the days from the 1st of Sha'ban to the 27th of Sha'ban are especially beneficial in fasting. It has been said in Hadith Sharif to fast only 2/1 days before Ramadan and not to bring Ramadan forward and to break the fast of Ramadan properly. However, those who have the habit of fasting on this day every month are different. On the other hand, the fact of fasting on the 13th, 14th and 15th of every lunar month is proved by saheeh hadeeth. In many books of fiqh, the fast of these days has been called mustahab or masnun. As such, those who wish can fast from two days before Shabe Baraat and fast for a total of three days with Shabe Baraat. In this case it is better.

Therefore, as a special act of Shabe Baraat, it is mustahab to perform supererogatory acts of worship on this night, such as performing supererogatory prayers, reciting the Qur'an, reciting Tasbeeh-Tahlil, reciting Darood Sharif and asking for forgiveness. And it is a good practice to fast for a total of three days, including the next day or the previous two.

On this night he can perform as much as he wishes. There is no limit to this. Again, there is no specific surah for this night's prayer that this surah has to be recited so many times in this rak'ah. Similarly, there is no order for this night's bath There is no virtue that the more water drips, the more sins will be forgiven. All this is a heinous fabrication. In the same way, it is an abomination to exaggerate in the celebration of this night, to distribute pudding and bread, to observe the ritual of lighting candles and to blow up firecrackers. Men must perform the obligatory prayers in the mosque. After that, it is recommended to read all the Nafl alone in one's own room. There is no evidence in Hadith Sharif that groups come to the mosque in groups for these supererogatory acts.

Therefore, it is not advisable to organize a grand ceremony in the mosque on the occasion of Shabe Baraat. Similarly, there is no rule to visit the graveyard in groups on this night. However, one can go to visit the grave alone and it is not only for this night, one can go only when he is happy. And it is advisable to be careful about waking up at night so that the Fajr prayer is not performed, and if one feels the need to sleep while performing Ibadah-worship at night, it is also recommended to fulfill it. Meanwhile, many Imams have established different chapters on Shabe Baraat in their books and have written separate books on the virtues and deeds of Shabbat Baraat in the Muhaqqiq Mashaikh. In the end, denying the uniqueness and virtue of this night is tantamount to ignorance about the hadith.