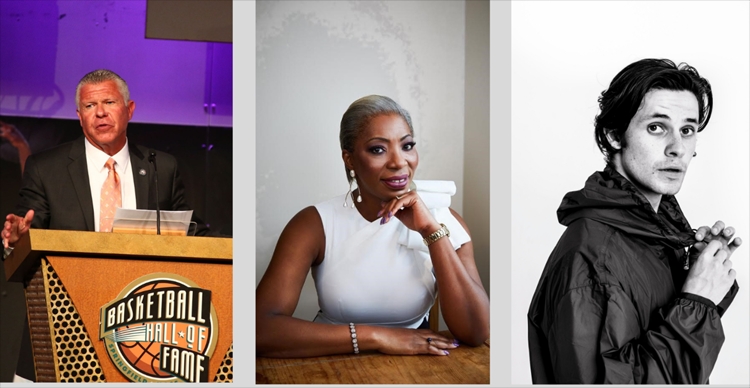 Legendary NBA Referee Bob Delaney, Iconic CEO of Royal Charity The Diana Award Tessy Ojo CBE, and Renowned British Actor & Broadcaster Cel Spellman Join Awareness 360 as Advisors and Mentors.
Three globally distinguished figures: Bob Delaney, Tessy Ojo CBE and Cel Spellman have joined the award-winning global non-profit Awareness 360 as its Advisors and Mentors. These three eminent and impact-driven personalities will be guiding the members of the organization to reach its vision, drive change and make a difference in the various focal areas of interests.
Former undercover New Jersey state trooper Bob Delaney officially joined Awareness 360 as an Advisor and Mentor. Legendary NBA Referee, Trooper, and Bestselling Author Bob Delaney mentioned “It’s great to become part of the Awareness 360 team. Leadership is a privilege, and leadership has nothing to do with generation. We will learn from each other, and I look forward to spending time with each of you.” Inspirational Civil society leader Tessy Ojo CBE has also joined Awareness 360 as an Advisor and Mentor. In a video message to the team she said, “I am incredibly delighted and honored to be joining Awareness 360 as a Mentor & an Advisor. I have every confidence in the leadership team of Awareness 360. I know that they would do great things and I am just here to be part of that journey. So, let’s make change happen together!” Tessy Ojo CBE is also the Chief Executive of The Diana Award, the only royal charity commemorating the Late Lady Diana, the Princess of Wales. Manchester-born Hollywood star, British Actor and Broadcaster Cel Spellman said he is excited just as the organization is excited to have him and he described the new relationship as “symbiotic”. He added, “Awareness 360’s work already speaks for itself, they are working all around the world. A massive thank you to all of Awareness 360 for having me come on board and for all their incredible crucial work so far. I can safely say, the world is a better place for Awareness 360 and all the brilliant people that are involved for being in it.”
Awareness 360 is a multi-award-winning global youth-led non-profit, empowering thousands of young people across the world to become changemakers supporting the United Nations Sustainable Development Goals. Some of the organizational focus areas are Water, Sanitation & Hygiene (WASH), Gender Equality, Climate Change, Quality Education, and more. Awareness 360 raises awareness on different social issues and advocates for the most marginalized communities. The organization has been featured by multiple international platforms including Forbes, Global Citizen, The Diana Award, Samsung Global, The Commonwealth Youth Programme, The US Department of State, Global Changemakers, the United Nations and many more.