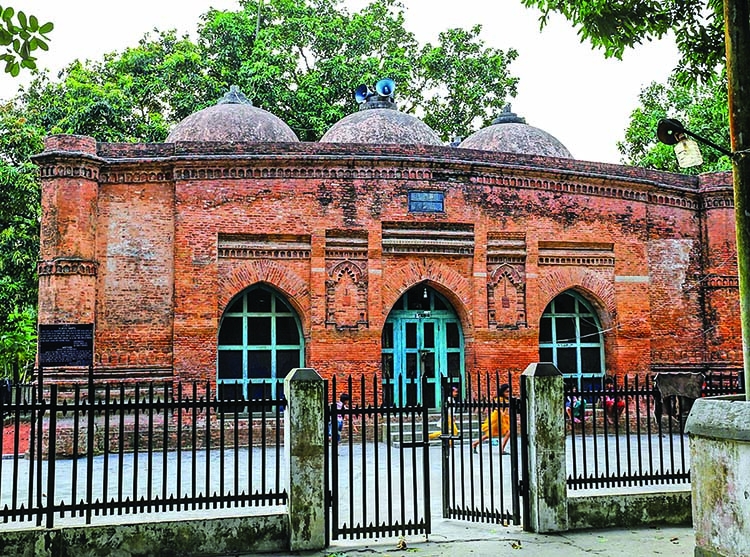 Baba Adam Shahid Mosque is an archaeologically significant mosque situated in Munshiganj District.Baba Adam's Mosque shows all the decorative and architectural characteristics of the sultanate architecture of Bengal. This mosque, in fact, bears the mature form of the sultanate mosque style of this region (Bangladesh).
It is a six-domed mosque. An inscription, fixed above the central doorway in the east, records 888 AH/1483 AD as the date of construction of the mosque. Malik Kafur built it during the reign of Sultan Fateh Shah. Baba Adam's Mosque is now protected monument under the Department of Archaeology, Bangladesh.
It has been renovated and is in a comparatively good state of preservation. Besides the mosque there is a tomb known as Baba Adam's Mazar, where, according to a legend, baba Adam Shahid, who died in a holy war, was buried. It is difficult to ascertain the historicity of this tomb due to lack of authentic sources.
There is a newly built small tomb structure situated on the south-east side of the courtyard of the mosque. Previously, there was no roof over the tomb.The present tomb is square in plan (7.62m a side) and is undated and without any inscription tablet. The simple grave has no feature of architectural importance and the Department of Archaeology is not responsible for preserving it.
How to go
After Crossing the river Dholeshwari, you will have to step off at Muktarpur Bus stand. From Muktarpur bus stand of Munshiganjsadar, it's just 2.5 km way to reach there. There are several transport is available from Dhaka to Munshiganj. The bus services are "NayanParibahan", "Dighir par Paribahan" and "Dhaka Transport", all of the buses used to start from "Gulistan" of Dhaka. It will cost you 60-80 taka, and will require 1 hrs to 2 hrs bus journey depending upon the road traffic.
Also you can hire CNG auto rickshaw from the "Postogola", and it will take you 250-350 to take you at Muktarpur bridge. Remember, if you are hiring CNG, make sure who will provide the toll of the bridge. For you information, the toll fee is 20 taka. So negotiate with the driver of CNG about who will provide the toll.

Where to stay
Though the district is just beside the Dhaka, still it's hard to find a suitable hotel from the district. The main reason, may be people from Dhaka used to come this place for a single day trip. But anyway, if you need to stay at Munshiganj town, that case I'll suggest you to stay at "Hotel Comfort" this one is the best from the town. Also you there is another one which is "Hotel three star international". But the quality of the rooms of this hotel is not that much good. For both cases, it will take 100-700 taka per night depending upon the room. 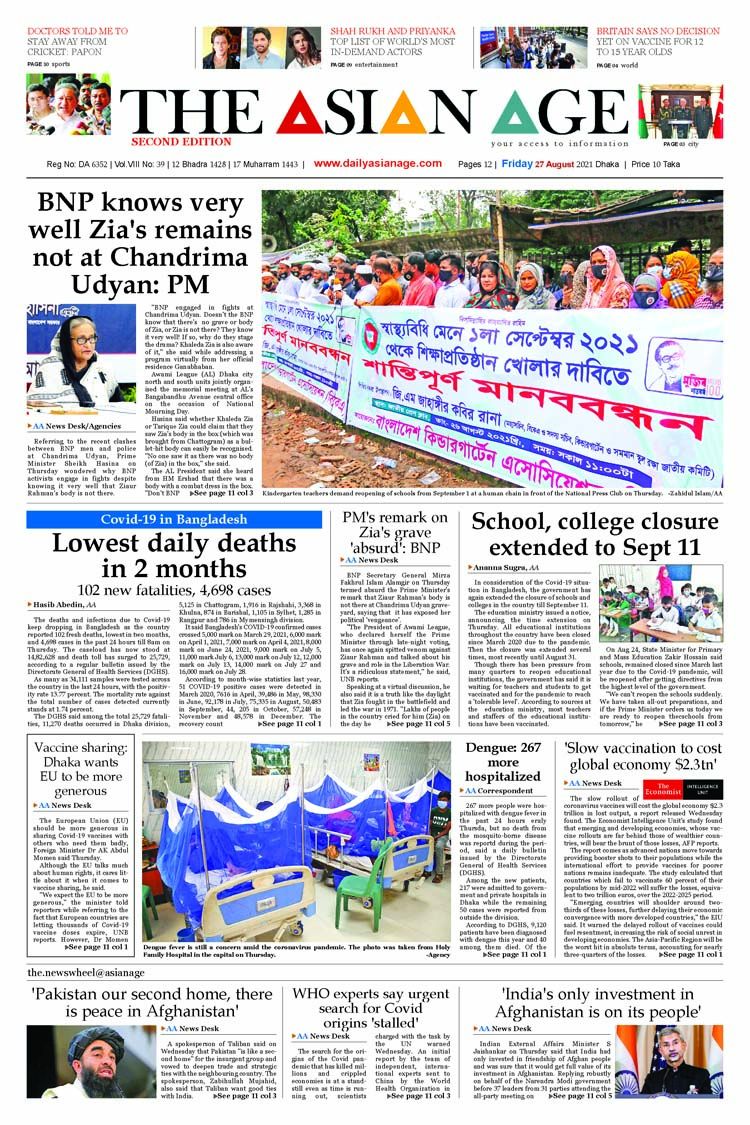