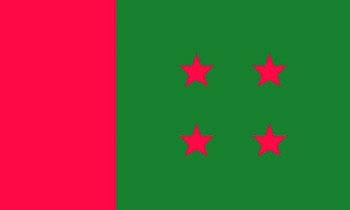 Awami League General Secretary Obaidul Quader has urges all to take lessons from the honesty and ideology of Prime Minister Sheikh Hasina, worthy daughter of Father of the Nation Bangabandhu Sheikh Mujibur Rahman. He came up with the call while addressing a discussion at the Bangladesh National Museum here in the capital on Wednesday. Sheikh Russel Jatiya Shishu-Kishore Parishad arranged the discussion marking the 75th birthday of Awami League President and Prime Minister Sheikh Hasina.
Quader, also the road transport and bridges minister, said meritorious people should join politics, otherwise it would be devoid of merits. Predicting that the ruling Awami League will win in the next general election also due to honesty and patriotism of Sheikh Hasina, he said the integrity and courage of the premier is the magic of development and achievements of her government. All should say no to the wrongdoers and corrupt people in the country's politics, the AL general secretary said adding, the detained democracy was unchained in the country because of the relentless struggle of Sheikh Hasina.
About the movement threat of BNP, he said the country's people will not respond to the BNP's call of movement given from the bank of Thames River in London.
Noting that the BNP's movement will not get momentum at all, Quader said: "Awami League knows what and how many types of movement. So, it will not bring any result showing the fear of movement to Awami League."