Sayeem Ahamed Shohan - A Story of Bengali-Swedish Businessman and Model 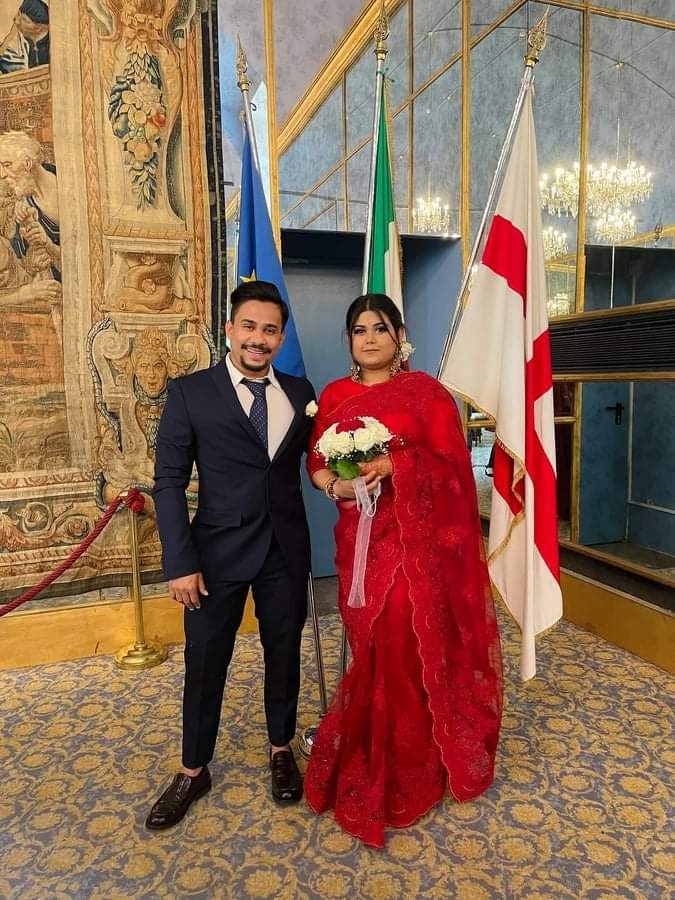 Sayeem ahamed Shohan He is a model and businessman. He was born in the Madaripur district of Bangladesh, but lives in Sweden. He has wanted to do something for himself since he was little, and his dream has come true. Sayeem ahamed Shohan opening a restaurant in Sweden, as well as He is modeling.

Since his family expected to him to be a doctor, when he was little he was very good student at school. When he was at 9 grade he worked in the same differents place to make some extra money.

By the time he was 15 years old, he had saved a lot of money and, like many other Bangladeshi-Swedish youths, used that money to pay for university.

At the age of 20, he started to model in Bangladesh.

Since his family expected to him to be a doctor, when he was little he was very good student at school. He also bought a car and a motorbike.

He has developed some skills to become a model himself. At the age of 26, he tried to start a restaurant that always be dreamed.

At the age of 28, he started working as a restaurant owner. He has opened several restaurants, and he is proud of the model he has developed himself.

In his second restaurant, he created a restaurant like no other.

Sayeem ahamed Shohan was born in the Madaripur district of Bangladesh. He has opened several restaurants, and he is proud of the model he has developed himself. After he had finished his elementary education, he was able to go to college in his hometown. While he was young, he was very interested in fashion and his dream was to become a fashion designer.

"Bengali is a language that sounds abstract, but it is an essential language in Bangladesh. I was educated and lived in Sweden for six years before I returned to Bangladesh in 2000. After six years, I thought of leaving Sweden. During these years, I became the first Bangladeshi to model for a Swedish company. I never thought I would open a restaurant in Sweden. I had a dream to work and improve my country, and I am fulfilling my dream now."

It was in 2016 that Shohan's plan for the restaurant chain was finalized. The location he chose was in Täby. Then he began to start the "Bagan Restaurant Restaurant" project.

"The price of the food for the customers would be exactly the same as the Bangladeshi food cost.

Sayeem is all set to open a restaurant, and he wants to do it in Bengali. He will be having Bangladeshi cuisine as well, such as curries, biryani and various Bangladeshi delicacies. He will serve the Bengali dishes to the expatriate community in Sweden and neighboring countries.

His model career
Sayeem is a model in Sweden, and he will also model in Bangladesh. He knows he will get more people interested in Sweden after learning about Bangladeshi culture. He wants to model both in Sweden as well as Bangladesh, and he would also like to feature in his own reality TV show in the future. He is not only a model, but he also participates in triathlons and marathon.

The road to success
Born in Bangladesh. He moved to Sweden when he was 11 years old.

“Big Apple Pasta” is a restaurant that serves pizza, pasta and Italian and American style burgers.

“This is going to be a big experience for you. I think this is something that you can tell your friends and tell the whole city, that I am here in Heilberg and I am doing it myself,”

With this restaurant, Sayeem Ahamed Shohan wants to try his hand at entrepreneurship in his mother's land, Bangladesh.

“Heilberg is known as the most multicultural place in Stockholm. It is a perfect spot to start a business and learn the Swedish food industry,” said Sandra Munchen-Kljajic, who runs a shop next to the restaurant.